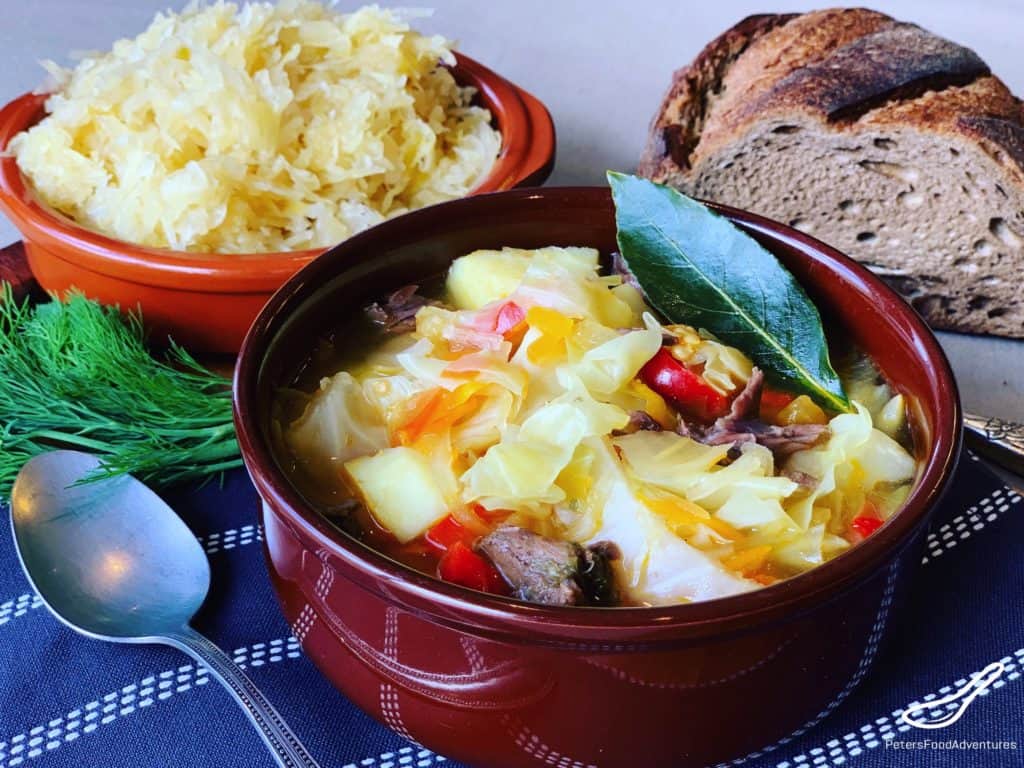 I love making this Shchi - Russian Cabbage Soup Recipe when the weather gets cold. It's comforting to warm up with a hot bowl of home made soup, especially if it's a soup that you grew up with. Alongside Cabbage Piroshki, these are some of my favorite foods as a kid.

What is Russian Cabbage Soup?

Shchi soup has been eaten in Russia for about a 1000 years, every since cabbage was introduced to Russia. Shchi is a staple on every Russian table, usually served with sour cream and rye bread. There's a saying in Russian,"Щи да каша — пища наша." which means Shchi and kasha - are our food.

One of the main differences between Shchi and Borscht is the addition of beets. Shchi is like the soup base for borscht, growing up we just called all variations of Shchi as borscht (which wasn't technically correct). As similar as these soups are, they do have different names based on their recipes.

Another variation of Shchi Soup is called Green Borscht, if you add sorrel or spinach. Shchi can also be made with sauerkraut, which would be called a Sour Shchi. Check out my Instant Pot Cabbage Soup recipe. This recipes tastes even better when you add a jar of sauerkraut! We usually make it with beef stock, but it can be made with chicken stock, or even as a Vegetarian Shchi. So many ways to make Shchi Cabbage Soup.

I always make my soup stock the night before in my Instant Pot, then I can 'assemble' the soup when I'm ready. When making the bone broth for Shchi, it's best to use the meatiest beef bones you can find, so you can pick off the meat to use in your soup. You can buy soup stock, but it won't taste the same, and you won't have the extra meaty goodness. When you add the cabbage into the soup, it's going to seem like a lot, but it's ok, it cooks down significantly, trust me.

Not all Russian Cabbage soup have red peppers in the recipe. My mom always made it with red peppers, usually because we had them growing in the garden. There are many different variations of this soup, the further south you were located in Russia, the more likely you would add red peppers. The other great thing about this recipe is that it freezes well. Just pop your leftovers in the freezer for an easy meal to be enjoyed another day!

So as you can see, there is many variations and ways and to enjoy this hearty and delicious Shchi - Russian Cabbage Soup Recipe. Bon Appetit! Приятного аппетита! 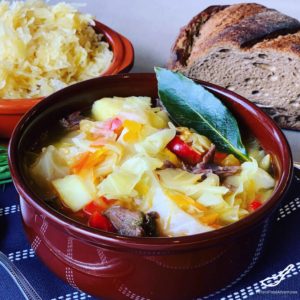 This recipes tastes even better when you add a small jar of sauerkraut cabbage. This adds extra sourness which works perfectly.
Keyword Shchi 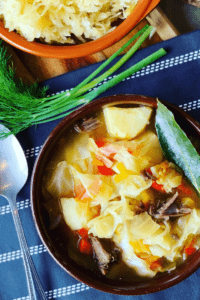