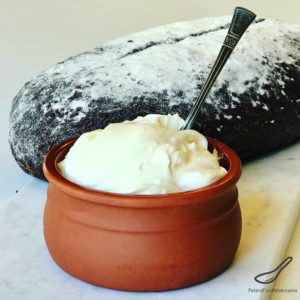 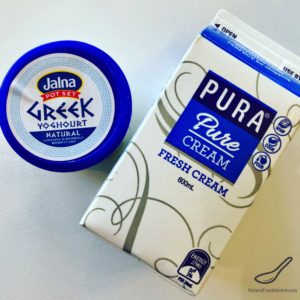 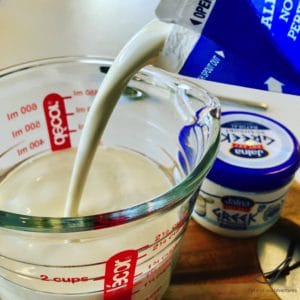 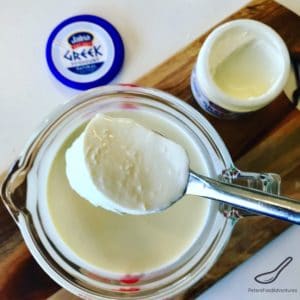 Ever wondered how to make Homemade Sour Cream? The original Russian name for it is Smetana (Сметана) and it's easier to make than you think. Creamier and tastier than sour cream you buy in a store. It's a delicious Russian export!

Yup, Sour Cream has it's origins in Russia/Eastern Europe and is called Smetana. It's a staple in all Russian meals, from Pelmeni Dumplings, Borscht, Shchi Cabbage Soup, Blini... it goes on and on! It wasn't really discovered in 'the West' until the early 20th century, although popular across Eastern Europe. The sour cream we buy in stores isn't really sour cream, but just a starch thickened milk product. It's quite hard to find authentic sour cream without thickeners in stores.

Russian Sour Cream or Smetana was originally made by allowing whole milk to ferment for a few days in a warm room or oven. Lacto-fermentation turned the top layer into Smetana or Soured Cream. You would then 'smetat' (сметать) or sweep the top off, when led to the word Smetana or Sour Cream. You could still use this method, but is sometimes unpredictable.

How to make Sour Cream

Making natural homemade Sour Cream or Smetana usually involves adding a culture to milk, allowing it to ferment. In Russian, it's called zakvaska (закваска) which is a fermentation starter full of probiotics you can buy. Instead of using a Sour Cream Starter Mix, I use a natural probiotic rich Greek Yogurt to make sour cream. Don't use fake yogurt with added gelatine, thickeners or sugars (read your labels people). You can also use some Russian Smetana or Homemade Sour Cream from a previous batch to kick start this batch. Simply allow to lacto-ferment for a few days and there you have it!

Easy to make, authentic, no thickeners, and full of probiotics. These are some of the reasons to make your own Russian Homemade Sour Cream or Smetana (Сметана). Bon Appetit! Приятного аппетита! 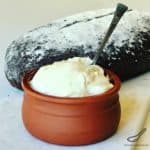 Easy to make, authentic, no thickeners, and full of probiotics. These are some of the reasons to make your own Russian Homemade Sour Cream or Smetana Recipe (Сметана). How to make sour cream. 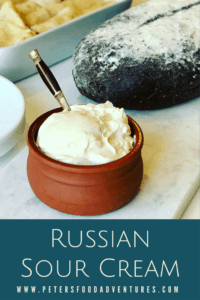