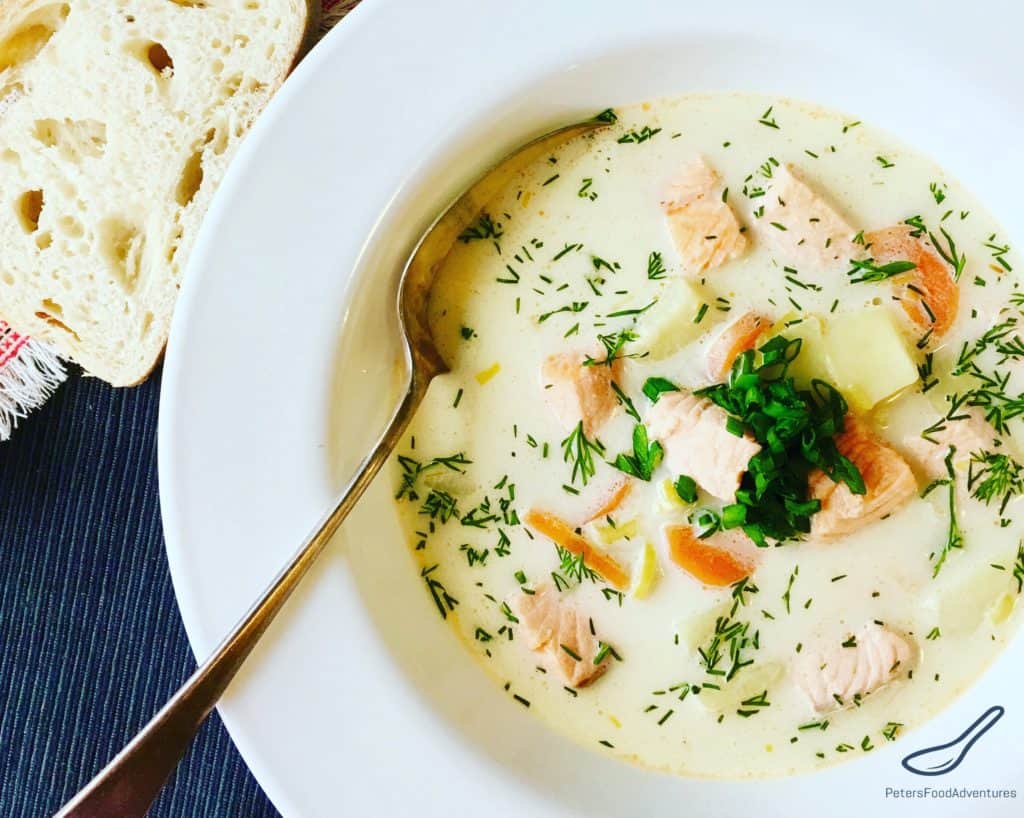 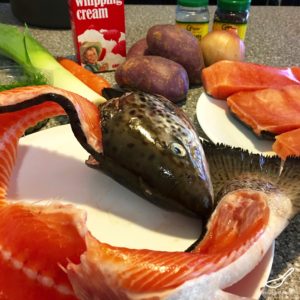 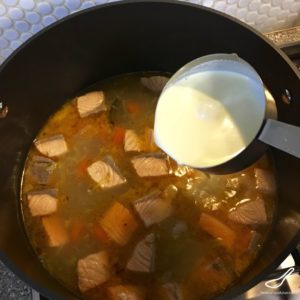 Finnish Salmon Soup (Финская уха) or Lohikeitto, is delicious and creamy Salmon soup, popular across Scandinavia and Northwestern Russia. Usually made Salmon heads and bones for the broth, this soup is delicious and full of vitamins and minerals.

In Russia, this style of soup is called Ukha, which is the clear broth version of this soup. Finnish Fish Soup has whipping cream in it, which mellows out the fishiness of the soup. It's a creamy Ukha Soup, and easier to make than you think!

St Petersburg (2nd largest city in Russia which is located in NW Russia) and Finland are only 200km apart, and it's only natural that there are recipes in common across the cultures. Over the centuries, the borders kept changing (first border treaty with Russia was signed in 1323) and Finnish people lived in what is Russia today.

The fish broth for Salmon Soup is made with Salmon heads, the more in the pot, the merrier. I used to call this Fish Head Soup as a kid, and it really grossed me out. I was scared of the fish heads, but your don't eat them!  Of course you strain the broth before you add the chunky fish fillets, leaving a delicious and nutritious fish soup.

Don't let Salmon heads or fish bones in the soup scare you away from making this delicious soup. We think nothing of eating New England Clam Chowder or a Seafood Chowder. This recipe is along those lines, and even more nutritious. You won't go wrong with Russian Ukha or Salmon Soup. Bon Appetit! Приятного аппетита! 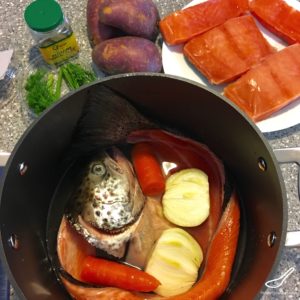 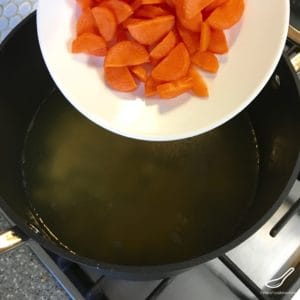 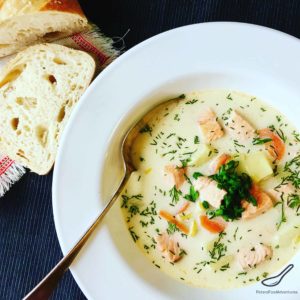 Optional - can add 2 celery sticks when cooking the fish stock, as its a taste people like in soups but wasn't in the original fish soups. For additional depth, can add Vegeta Seafood Stock powder for seasoning. If you don't have leek, use a finely chopped small onion. You can also thicken this soup with cornstarch and water for a thicker consistency. I suggest 3-4 tablespoons of cornstarch mixed with 5 tablespoons of water, then added to pot.
Keyword Salmon Soup 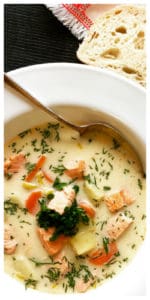 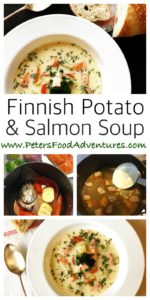