Homemade Pepper Vodka is easy to make, perfect for your next cocktail or for medicinal reasons. Spicy Peppers have been infused in vodka for centuries in Eastern Europe. Once you start infusing vodkas, you won't stop!

Vodka infused with pepper and honey is called Pertsovka (перцовка) in Russian. It has a hot, burning flavor. Enjoyed by Russians and Eastern Europeans, it warms you from the inside out. It can be bought in stores, but homemade is best. The famous Stolichnaya Pertsovka made in Soviet Union was very popular, but it's been discontinued.

What Type of Vodka To Use When Infusing Vodka?

Well, I'm gonna start by saying use real Eastern European Vodka! At a minimum, buy vodka made with wheat or potatoes. Don't use vodkas made from corn, rice or other non-traditional ingredients. The flavor isn't the same. It doesn't have to be a very expensive vodka, buy the best distilled vodka you can afford.

Technically, Pepper Vodka is an alcoholic tincture or a Nastoyka. It's plant/fruit extract soaked in alcohol for its medicinal properties. People believe in the health benefits that tinctures provide, and Pepper Vodka is not immune. Russians believe this homeopathic remedy can help;

How to Make Pepper Vodka

How to Use Pepper Vodka

There are so many ways to make Pertsovka Pepper Vodka, and people passionately defend each ingredient. Try these popular additions to personalize your recipe.

Homemade Vodka Infusions are becoming very popular, although they aren't a new idea at all. Enjoyed around the world, you'll be hooked once you know how easy they are to make. Bon Appetit! Приятного аппетита! 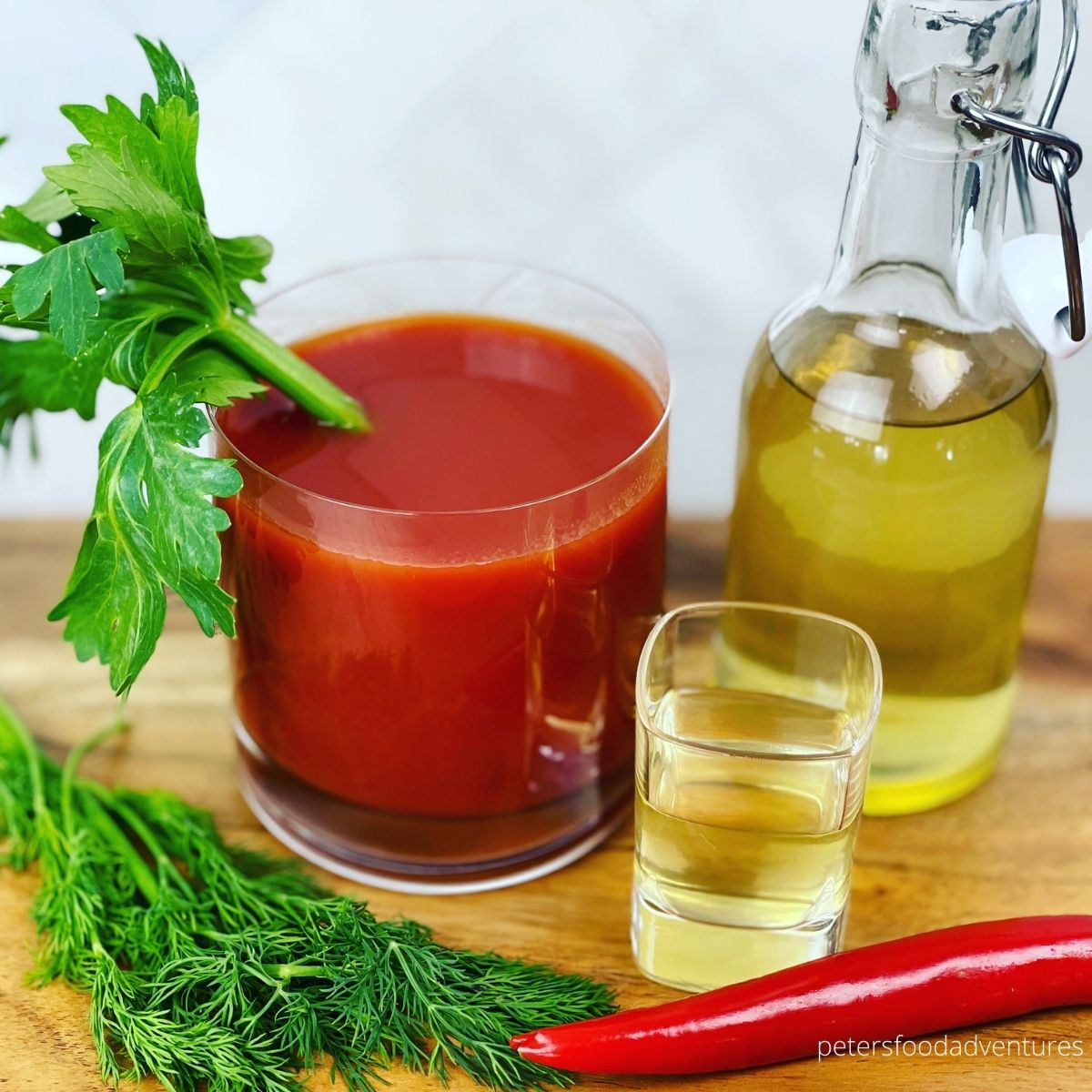 This website uses cookies to improve your experience while you navigate through the website. Out of these cookies, the cookies that are categorized as necessary are stored on your browser as they are essential for the working of basic functionalities of the website. We also use third-party cookies that help us analyze and understand how you use this website. These cookies will be stored in your browser only with your consent. You also have the option to opt-out of these cookies. But opting out of some of these cookies may have an effect on your browsing experience.
Necessary Always Enabled
Necessary cookies are absolutely essential for the website to function properly. This category only includes cookies that ensures basic functionalities and security features of the website. These cookies do not store any personal information.
Non-necessary
Any cookies that may not be particularly necessary for the website to function and is used specifically to collect user personal data via analytics, ads, other embedded contents are termed as non-necessary cookies. It is mandatory to procure user consent prior to running these cookies on your website.
SAVE & ACCEPT
162 shares