Buckwheat Porridge with Milk, sometimes called Buckwheat Kasha, is a popular breakfast meal across Russia. Actually anything buckwheat is staple in the Russian kitchen. Japanese soba noodles are also made with buckwheat. Buckwheat apparently helps lower bad cholesterol, is high in protein, and is gluten free and low GI.

Russia is the worlds biggest producer of Buckwheat or called Grechka (гречка) in Russian. It's definitely a Russian breakfast favorite. Buckwheat is not part of the wheat family at all, therefore it’s gluten-free, the name just tricks you! It’s actually a seed, and related to rhubarb. It got it’s name from a Dutch origin translation ‘beech wheat’ because it resembles a beech nut seed.

As a child, I was never a huge fan of buckwheat, but I now love this kasha with honey. And it has the bonus added health benefits. Some say it's like a superfood, but I think it's an acquired taste. It's part of the a group of pseudocereals like quinoa. Buckwheat has high mineral content and high antioxidants. Comparing Buckwheat to most grains, it's high in manganese, copper, and magnesium. But it's not a flavor that everyone instantly loves (like quinoa for me). That said, those that love it, really love it. I also like to eat Buckwheat with Mushrooms, which is a savory side dish.

Many of the buckwheat groats that you buy in western stores are sold green and not roasted. When you buy buckwheat from a Eastern European store, it will always be sold pre-roasted. If it doesn't say PRE-ROASTED in the package, assume it's not. If buckwheat is not pre-roasted when you buy it, take the few minutes to roast it on a frying pan. Just place in a frying pan without any oil, and roast them over medium heat for a few minutes. Similar to how you would toast pine nuts. The color will change from slightly green to toasty. Toasted Buckwheat definitely tastes better than plain buckwheat in porridge.

How to cook Buckwheat Porridge

There are a few different ways that people make a Buckwheat Kasha. You want to always wash the buckwheat before using it, just like you would when making rice. If you are roasting the buckwheat, wash it after you roast it in the pan.

First cook the buckwheat in boiling water with a bit of butter, until it's tender, cooked and the water is absorbed. This takes about 15 minutes. Add a pinch of salt, more butter and a few teaspoons of honey. Add milk, and heat through until you're ready to serve! 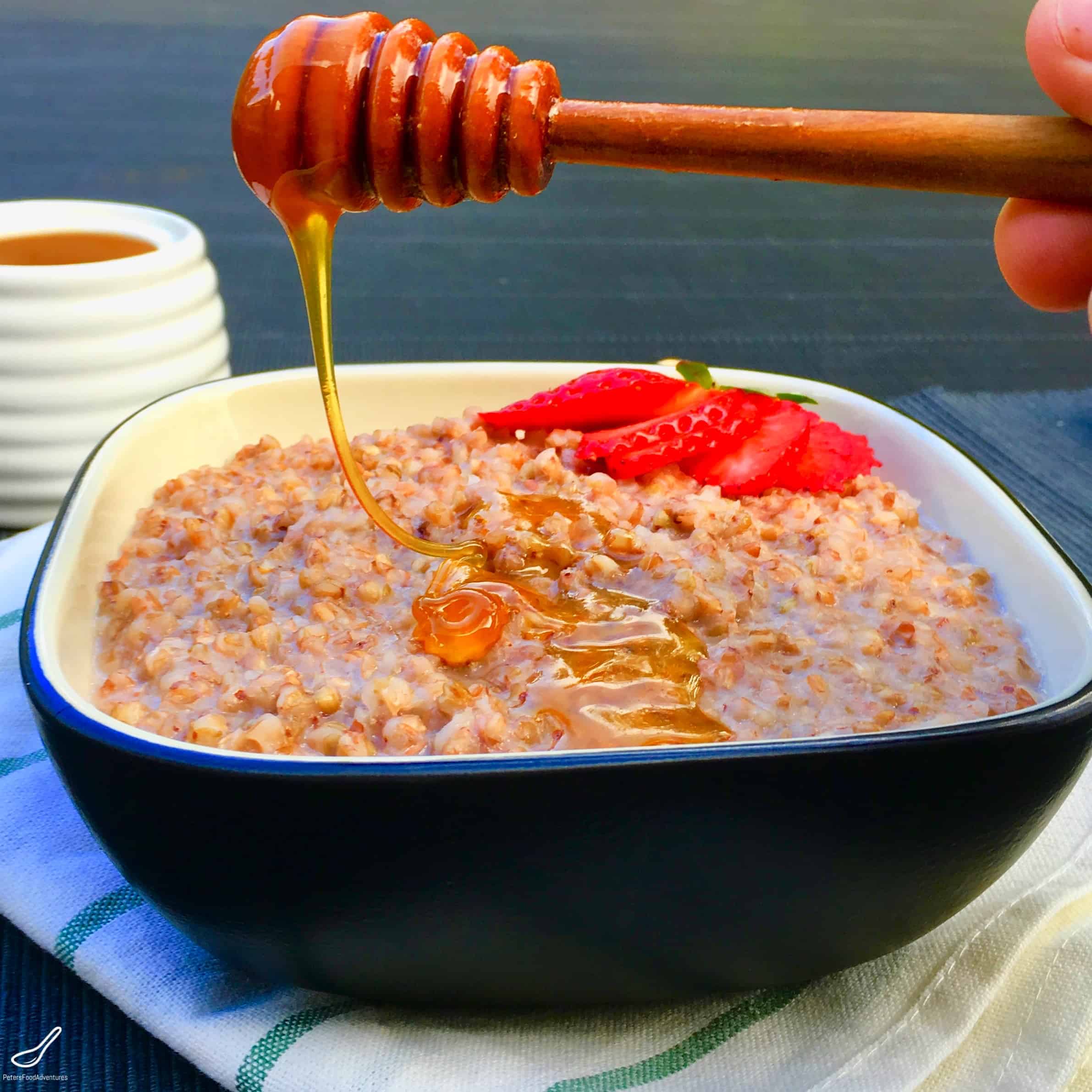 This website uses cookies to improve your experience while you navigate through the website. Out of these cookies, the cookies that are categorized as necessary are stored on your browser as they are essential for the working of basic functionalities of the website. We also use third-party cookies that help us analyze and understand how you use this website. These cookies will be stored in your browser only with your consent. You also have the option to opt-out of these cookies. But opting out of some of these cookies may have an effect on your browsing experience.
Necessary Always Enabled
Necessary cookies are absolutely essential for the website to function properly. This category only includes cookies that ensures basic functionalities and security features of the website. These cookies do not store any personal information.
Non-necessary
Any cookies that may not be particularly necessary for the website to function and is used specifically to collect user personal data via analytics, ads, other embedded contents are termed as non-necessary cookies. It is mandatory to procure user consent prior to running these cookies on your website.
SAVE & ACCEPT
834 shares