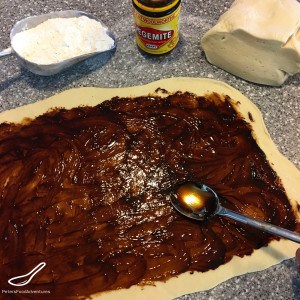 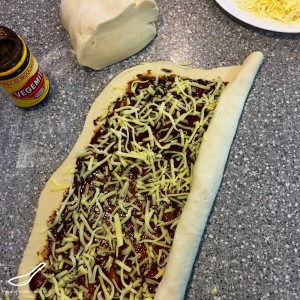 Cheesymite Scrolls are an Australian classic which marries melted cheese and Vegemite in a cheese bun. Think of a Ham and Cheese Roll but using cheese with Vegemite instead. Most Americans don't know what Vegemite is. Vegemite is a breakfast staple in Australia, one which Aussie kids grow up on.

According to Wikipedia, Vegemite is a dark brown Australian food paste made from leftover brewers’ yeast extract with various vegetable and spice additives. The flavour is described as salty, slightly bitter, malty and rich in umami – similar to beef boullion. It’s most commonly spread very, very thinly on toast, or on a cheese and Vegemite sandwich. The flavour is powerful and needs to be spread very thinly. The flavour is similar to Marmite, Promite, and Cenovis. It’s definitely an acquired taste, which you will either love or hate.

This brings me to my Cheesymite Scroll recipe. I love using yeast dough for baking, but it's usually such a hassle, kneading, keeping in warm place, waiting, kneading... I feel I don't have the time or patience for that. Using a Cuisinart bread maker's dough cycle is the easiest thing ever. Just throw all the ingredients in, and 90 minutes later, you have ready to use yeast dough. So easy. Any bread maker dough cycle should work the same.

Cheesymite Scrolls are best made on the day you want to eat them, but they do freeze well, if you have any leftover. This is a large recipe, so you will have 2 trays of Cheesymite Scrolls. I love these scrolls, fresh out of the oven, or at least warmed up in the microwave for a melted gooey cheesy-ness. Bon Appetit! Приятного аппетита! 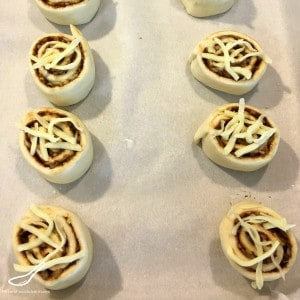 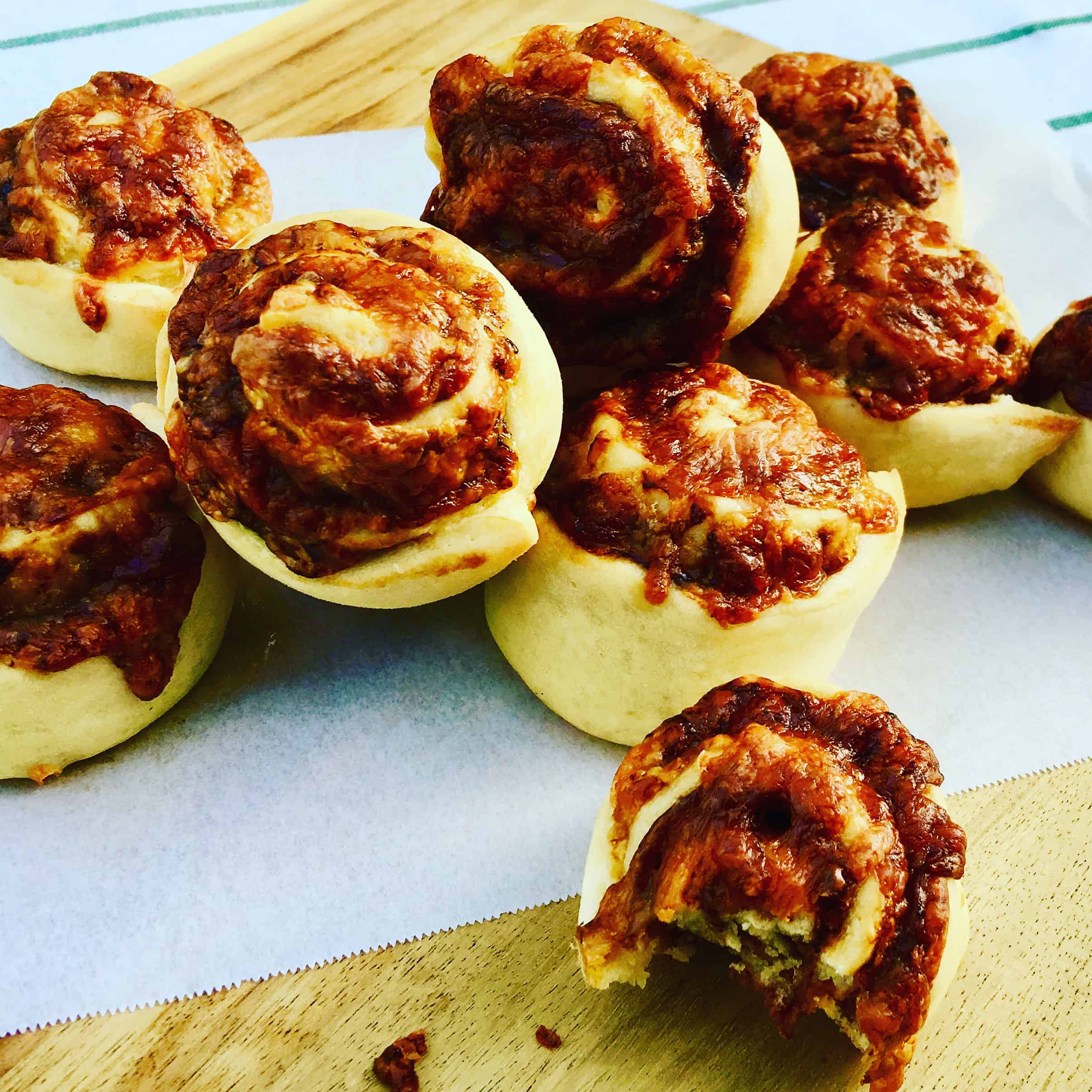 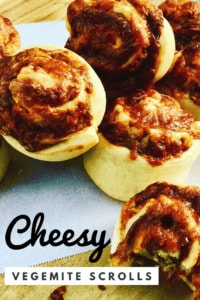 This website uses cookies to improve your experience while you navigate through the website. Out of these cookies, the cookies that are categorized as necessary are stored on your browser as they are essential for the working of basic functionalities of the website. We also use third-party cookies that help us analyze and understand how you use this website. These cookies will be stored in your browser only with your consent. You also have the option to opt-out of these cookies. But opting out of some of these cookies may have an effect on your browsing experience.
Necessary Always Enabled
Necessary cookies are absolutely essential for the website to function properly. This category only includes cookies that ensures basic functionalities and security features of the website. These cookies do not store any personal information.
Non-necessary
Any cookies that may not be particularly necessary for the website to function and is used specifically to collect user personal data via analytics, ads, other embedded contents are termed as non-necessary cookies. It is mandatory to procure user consent prior to running these cookies on your website.
SAVE & ACCEPT
135shares