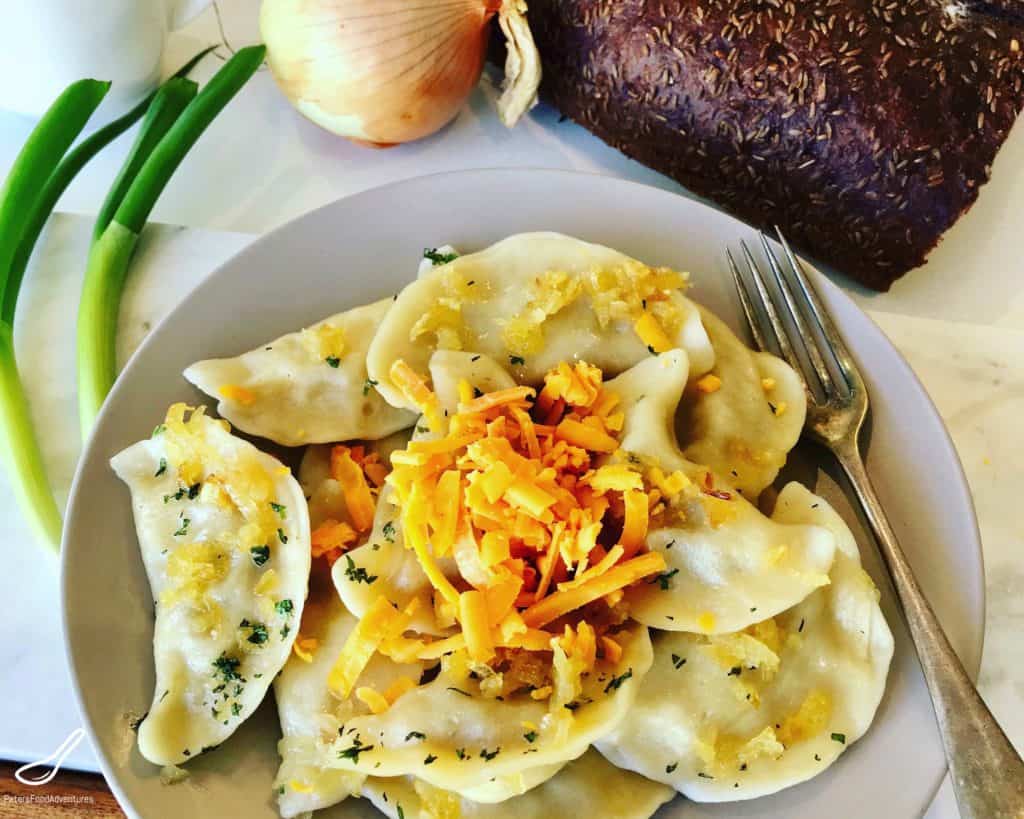 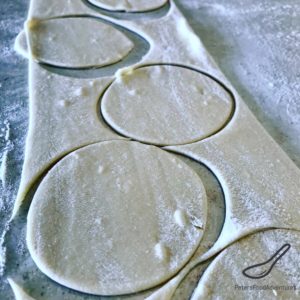 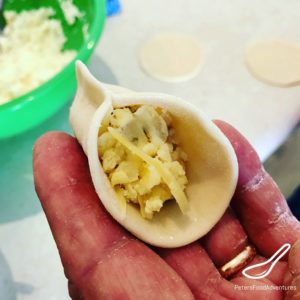 This Potato Cheddar Pierogi recipe is a Canadian and American classic, with roots from Poland and Eastern Europe.  Boiled or fried, served with homemade sour cream, Potato and Cheddar dumplings are the perfect comfort food! They're so popular in North America that you can even find a Perogy Pizza recipe!

Can't I just buy them at Costco?

Absolutely, but don't! While you can buy Perogies in grocery stores in North America, homemade Perogies are always tastier! There's something in the dough of store bought Perogies that just don't taste the same. Maybe it's the mass production, or lack of flavor, or maybe they're rolled too thick? It's not a difficult recipe, and great fun to make with the family. Well, who am I kidding, I hated making these as a kid, but loved eating them!

What to fill Pierogi with?

This Pierogi recipe is just an Americanized version of the Eastern European classic. Mashed potato is a traditional filling, but mixing with cheddar cheese has become popular in Canada and the States. Cheddar Cheese is not native to to Pierogies or Vareniki from the old country, but it works well. Sometimes I even add fried bacon pieces into this potato cheese filling, so tasty. You can serve with fried bacon and caramelized onions as well.

There Pierogi fillings are Sauerkraut, Cabbage, Meat, Potatoes, Mushrooms and even cheese. Dessert versions of Pierogi are often made with cherries, strawberries, raspberries or blueberries.

The cheese that is referred to in the old country Pierogies is a different type of cheese, not cheddar. Its called Tvorog, Quark, Farmers Cheese or sometimes people substitute Cottage Cheese. Check out my Vareniki recipe with the Farmer's Cheese filling which you will find more commonly in Europe. 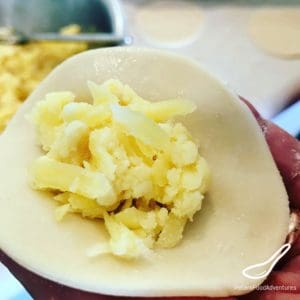 How to cook Pierogi Recipe

In this recipe, you place the Pierogi in salted boiling water. Fresh Pierogi will take around 5-7 minutes to cook. Some people fry them in butter. I think they're tastiest when you have leftover Pierogi which then you fry in butter. Everything tastes better with butter, so don't skimp out when serving!

You can even double this recipe and freeze it on trays in the freezer. After the perogies are flash frozen, just throw them into a Ziplock bag for an easy dinner later in the month. It's a family favorite, especially one that the kids will love! Bon Appetit! Приятного аппетита! 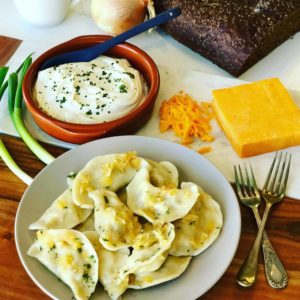 To make the dough 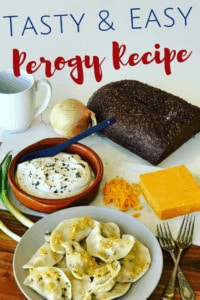 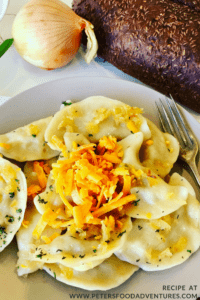