It's really easy to make your own Loquat Jam and there are many Loquat Jam recipes out there, but this one has something extra; the vanilla bean.

Jams are easy to make, I know people who anxiously wait every year for strawberry season so they can buy a flat of strawberries, then rush home to make jam. But wouldn't it be nice to make a delicious jam from fruit that you can't buy in most stores?

Japanese Plums (commonly known as Loquats here in Australia) are a staple in many backyards. They're also known as Japanese Medlars, Chinese Plums and knowns as pipa in China. A delicious fruit that many people don't know what to do with. I also love making Loquat Apple Crumble. Loquats taste like a cross between several fruits, like peach, apricot, and apple. When you get a really ripe loquat, my son says it tastes sweet like honey.

Japanese plums or loquats are closely related to the apple family, and have a slightly poisonous seed, like an apricot kernel. So don't eat the seeds, although you would need to eat a large amount to get sick.

How to Make Loquat Jam

This is a no pectin jam recipe. That means there is a large amount of sugar, and constant stirring required over a long period of time on low heat. So don't rush it, have patience, keep calm and stir.

Now I don't like to fuss with a lot of things when cooking, such as peeling tiny fruits. Some people like to blanch them then peel them, but if they are ripe, they will peel easily. I think it's not necessary to peel them. As the fruit cooks, it breaks down and softens the skin. When broken down, I use an immersion blender to blend it to a consistency I'm happy with. This loquat jam recipe is so easy, no peeling required.

Loquats are high in fibre and high in pectin naturally, so you don't need to add anything to your jam that shouldn't belong. Plus it has the added bonus of being the only fruit ripening during winter/spring, when no other local fruit is available. 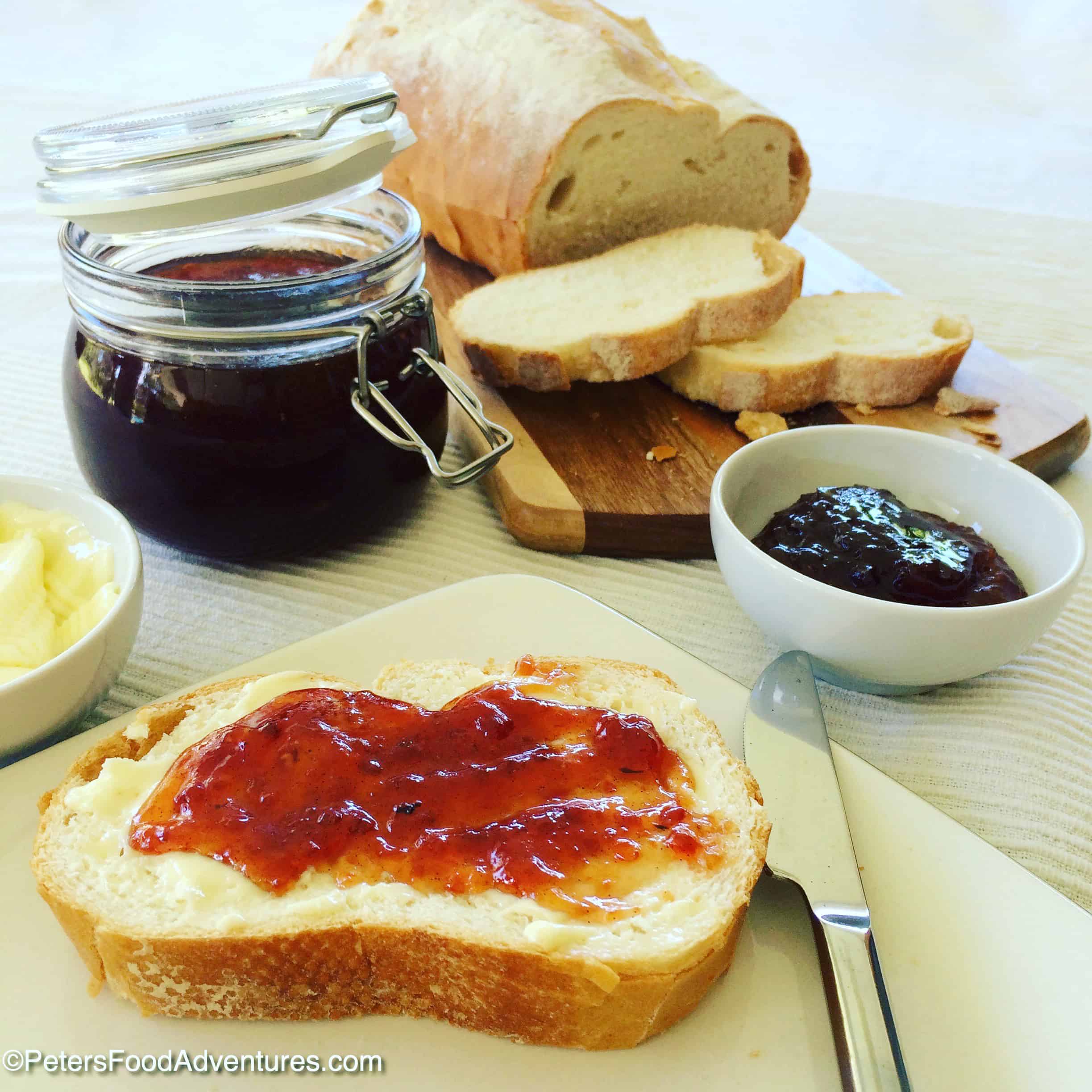 This website uses cookies to improve your experience while you navigate through the website. Out of these cookies, the cookies that are categorized as necessary are stored on your browser as they are essential for the working of basic functionalities of the website. We also use third-party cookies that help us analyze and understand how you use this website. These cookies will be stored in your browser only with your consent. You also have the option to opt-out of these cookies. But opting out of some of these cookies may have an effect on your browsing experience.
Necessary Always Enabled
Necessary cookies are absolutely essential for the website to function properly. This category only includes cookies that ensures basic functionalities and security features of the website. These cookies do not store any personal information.
Non-necessary
Any cookies that may not be particularly necessary for the website to function and is used specifically to collect user personal data via analytics, ads, other embedded contents are termed as non-necessary cookies. It is mandatory to procure user consent prior to running these cookies on your website.
SAVE & ACCEPT
985 shares