Kotleti (Котлеты) or Beef Cutlets are a staple in the Russian kitchen. An easy weeknight dinner recipe that's ready in 45 minutes. Comfort food that's tender and juicy, sure to be a hit with your family.

Every Russian and Ukrainian family eats Kotleti Meat Patties (Котлеты), which are everyone's childhood favorite. I remember coming home after school when mom was preparing dinner, and I always snuck in a few as a snack.

Kotleti are pan fried meat patties that are usually made from ground beef. Really this recipe can be made with any ground meat, and not only beef. Chicken and pork are quite common, ground turkey or even mixtures of your favorite ground meats.

They are part of the croquettes and cutlets style of food. If you think about it, Cutlets is the plural form of the word Cutlet. It's where Kotleti get their name from. Kotlet is the singular form of the word Kotleti. It's just like saying 'cutlet' with a Russian accent. 🤣 So we are eating Russian Cutlets. Kotleti are like a cross between meatballs, hamburgers and rissoles. Some people call them Russian hamburgers, they just aren't eaten the same way.

Potato isn't always added to Kotleti, but it's one of the ways my mom would make them. It's nice to have variation in your recipes. I find grated potato makes Kotleti juicier, which is the secret ingredient. Without potatoes, sometimes beef cutlets can be like hockey pucks. Well that might be a bit dramatic, but the potato definitely adds juiciness and makes them less dense. Adding potatoes are optional.

After grating the potato, squeeze excess juices from the potato before mixing to the meat. You can also finely chop the grated potato, so it isn't as visible in your patties. I think it's has harder to evenly cook bigger pieces of potato, so stick to the grating. Most important, remember to squeeze the grated potatoes before adding them into your meat mixture.

Traditionally a few pieces of stale, dry bread pieces, called suhari, are soaked in milk and mixed into the ground beef. Suhari is a fancy name for old dry bread. Drying bread like suhari extends the shelf life, and you use it in recipes like this one. However, it's easier to buy bread crumbs.

My mom and babushka usually lightly coated the cutlets in flour before frying. If you prefer you can coat them in bread crumbs as well. Breadcrumbs might look a bit nicer on your plate if serving, and flour is a bit more a rustic style patty. Both ways are delicious.

Can You Bake Cutlets?

For a healthier version of these meat patties cutlets, some people prefer to bake them in the oven. If baking, I would skip dusting them in flour, but lightly spray with cooking oil so they crisp up. Line a baking sheet with parchment paper. Heat oven to 375°F/190°C and bake them for about 30 minutes. Remember to flip them halfway through the cooking process.

Kotleti are commonly served potatoes and side salad, as part of an easy comfort food meal. It's also can be served with a podlivka (which is a Russian gravy) alongside a starch, like mashed potatoes or a pasta. My mum always made these Kotleti with a Podlivka Gravy over Pasta Spirals, which is like a comfort food to me now.

So many ways to enjoy these Russian Meatball Patties! They're are great as a snack, an entree, with gravy, or even in a slider burger. Bon Appetit! Приятного аппетита! 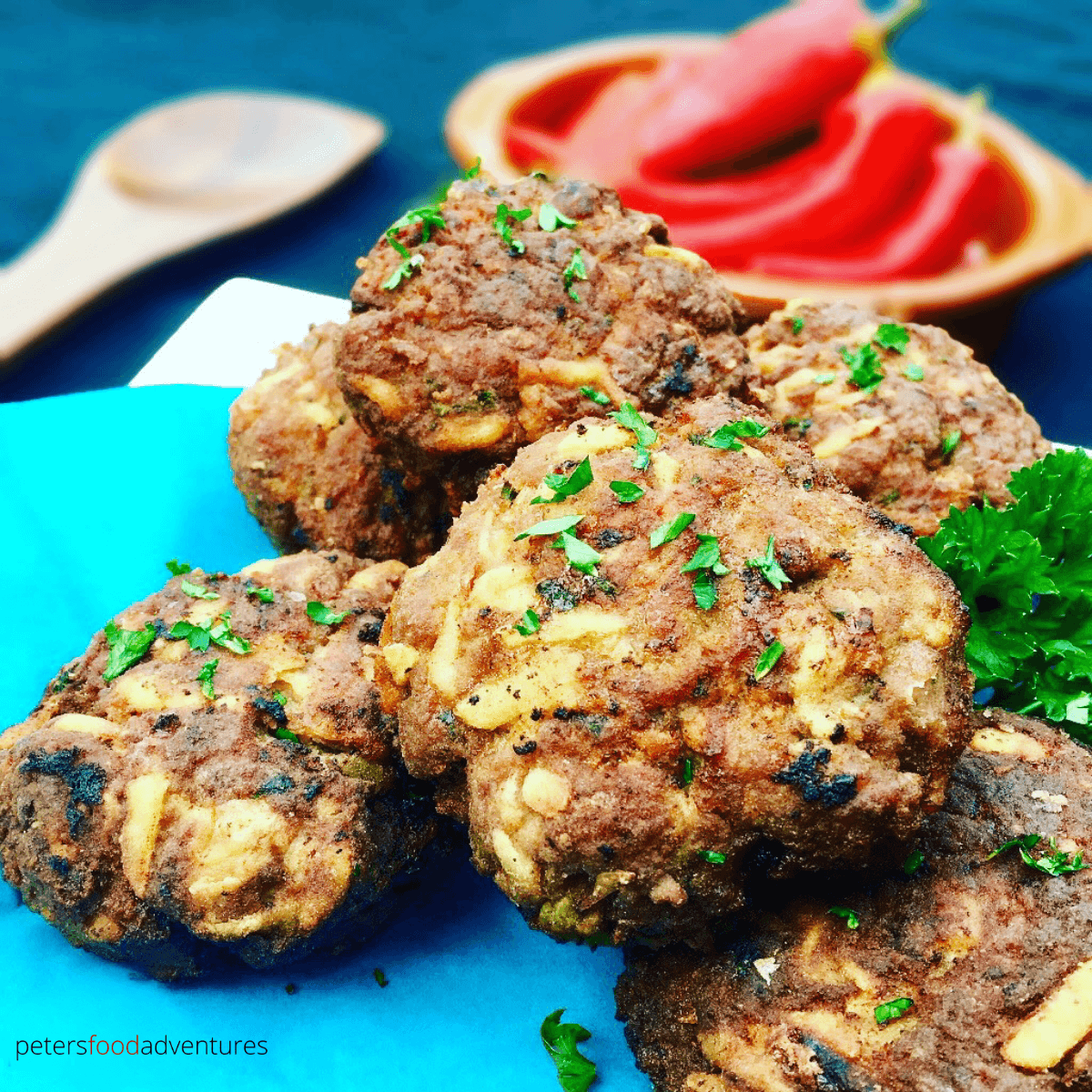 This website uses cookies to improve your experience while you navigate through the website. Out of these cookies, the cookies that are categorized as necessary are stored on your browser as they are essential for the working of basic functionalities of the website. We also use third-party cookies that help us analyze and understand how you use this website. These cookies will be stored in your browser only with your consent. You also have the option to opt-out of these cookies. But opting out of some of these cookies may have an effect on your browsing experience.
Necessary Always Enabled
Necessary cookies are absolutely essential for the website to function properly. This category only includes cookies that ensures basic functionalities and security features of the website. These cookies do not store any personal information.
Non-necessary
Any cookies that may not be particularly necessary for the website to function and is used specifically to collect user personal data via analytics, ads, other embedded contents are termed as non-necessary cookies. It is mandatory to procure user consent prior to running these cookies on your website.
SAVE & ACCEPT
336 shares