A White Christmas recipe is an Australian holiday classic. It's easy to make and a delicious kid's treat. It keeps really well, making it a tasty dessert to make in advance for when guests unexpectedly pop over during the holidays.

It's funny that Australians have a dessert called White Christmas, as there is no white Christmases here! I suppose you always want what you don't have!

Kellogg's does a great job in recipe development. Every country has their own Kellogg's recipe favourites (sometimes you don't even realize it). This White Christmas recipe is Kelloggs addition to Australians, and you've probably never heard of it if you're reading this from overseas. Alongside this White Christmas Slice, you might recognize other Kellogg's favorites like Caramel Rice Krispies Squares, or another Aussie classic; Honey Joys made from Corn Flakes.

A few unique ingredients in a White Christmas recipe. Copha is a vegetable shortening, made from hydrogenated Coconut Oil. It's like a Crisco made from coconut. I have only seen Copha sold in Australia, maybe New Zealand too. Sometimes I use Organic Extra Virgin Coconut Oil from Aldi instead, as I try to stay away from hydrogenated foods. Like Crisco, Copha remains in solid form at room temperature. If you are substituting with Coconut Oil, the White Christmas Slice will need to be refrigerated until serving. If the temperature is near 24 °C or (76 °F), your White Christmas tends to fall apart. So keep it refrigerated until serving.

When we lived in Canada, my wife used Crisco which worked really well as a Copha substitute. Wait, Did you say Crisco? Like the vegetable shortening? Yup, That's the one! The traditional Copha is basically Crisco that's made with Coconut Oil instead of Soybean and Palm oils. So you can easily make this recipe if away from Australia where Copha isn't readily available.

How to Make White Christmas

The hardest part of this recipe is having the patience for the white chocolate to melt! Use a stainless steel bowl and place it over a pot of boiling water. Melt the Copha or Coconut oil first. Stir in the chocolate until it's smooth and melted. Pour the melted chocolate into a bowl of Rice Krispies, cranberries, desiccated coconut and candied cherries. Mix until its combined and spoon and press onto a lined baking tray. Refrigerated for a few hours before serving to allow it to set.

White Christmas recipe is incredibly easy to make, very festive in name and colorful for the Christmas holidays. This is our version of a White Christmas in hot sunny Australia. Bon Appetit! Приятного аппетита! 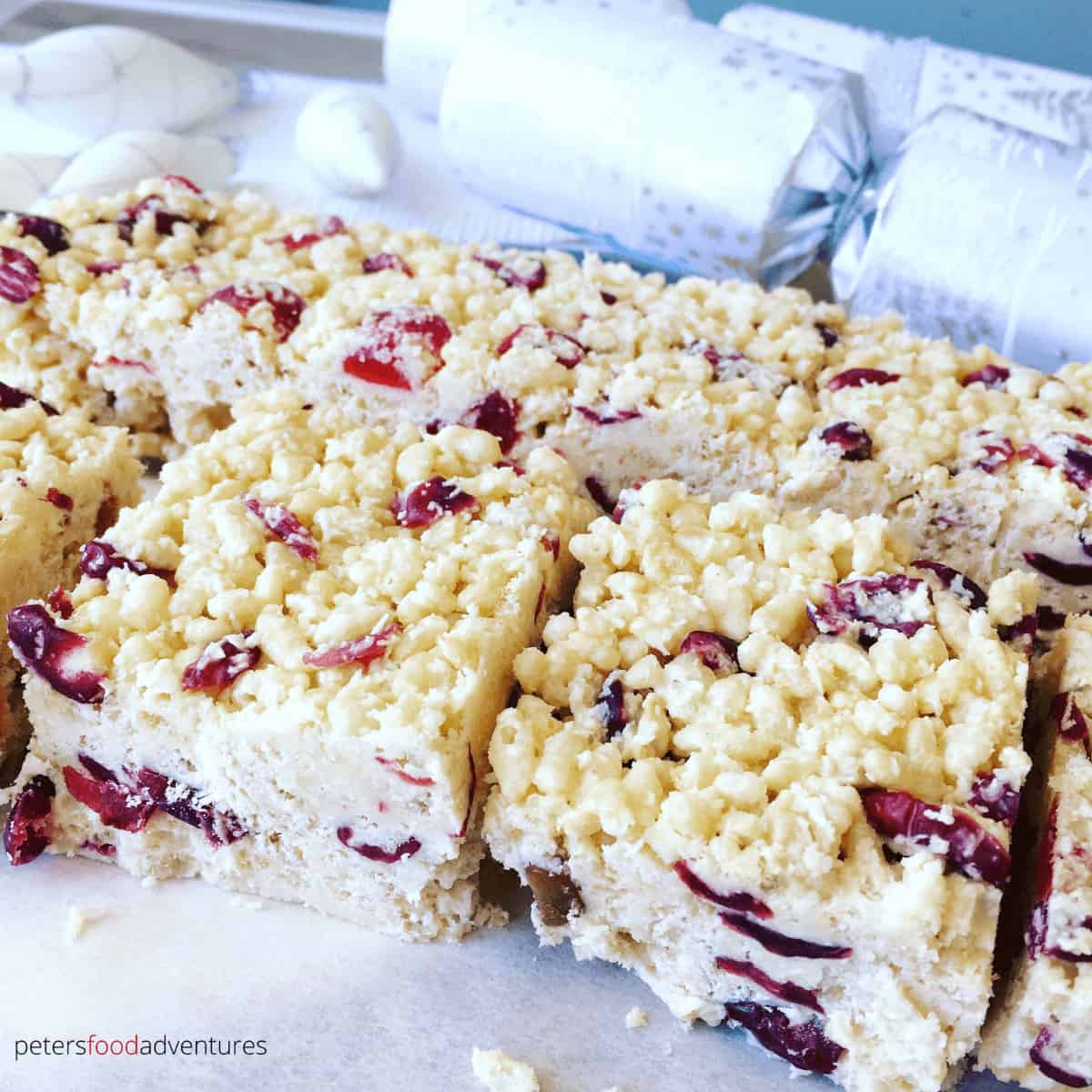 This website uses cookies to improve your experience while you navigate through the website. Out of these cookies, the cookies that are categorized as necessary are stored on your browser as they are essential for the working of basic functionalities of the website. We also use third-party cookies that help us analyze and understand how you use this website. These cookies will be stored in your browser only with your consent. You also have the option to opt-out of these cookies. But opting out of some of these cookies may have an effect on your browsing experience.
Necessary Always Enabled
Necessary cookies are absolutely essential for the website to function properly. This category only includes cookies that ensures basic functionalities and security features of the website. These cookies do not store any personal information.
Non-necessary
Any cookies that may not be particularly necessary for the website to function and is used specifically to collect user personal data via analytics, ads, other embedded contents are termed as non-necessary cookies. It is mandatory to procure user consent prior to running these cookies on your website.
SAVE & ACCEPT
963 shares