Homemade soup broth is incredibly easy to make using simple ingredients like vegetables, chicken or beef and fresh herbs. A delicious and nourishing way to elevate your soup game. This versatile soup base can be used for any soup.

Everyone needs to know how to make a Soup Broth, if not for the healthy nutrients then consider how great it tastes. Buying store-bought stock/broth or using stock cubes is ok when you're in a hurry, but nothing beats soup broth made from scratch! This is a meaty broth recipe, check out my Vegetable Soup Stock.

This soup broth recipe is made with everyday ingredients. So easy, you don't even need to peel your vegetables. I think you get better flavor when using bones in your stock.

The most common soup broths are made with chicken bones and beef bones, which are easily found in supermarkets. However, there are many variations on

Herbs and Spices for Broth

Soup Broth is very versatile with many variations. Always try to use fresh herbs for best flavors, and use what's in season. You can make it as exciting as you like.

You don't have to oven roast your vegetables before adding them to your soup broth. However, if you do, you can roast them alongside your meat for a richer flavor. This recipe is easily caramelized in the same pot to save time, while still adding flavor.

How Long to Simmer Soup Broth

The longer the better to get the most from the nutrients. Simmer for 4 hours if possible. For a quicker method, make Instant Pot Bone Broth which is done in about an hour.

Can You Freeze Soup Broth

Yes. This is a large stock pot recipe which makes plenty of broth. Any leftover broth can be easily frozen to defrost for another meal. You can also freeze broth in an ice cube tray to add a bit of stock to your cooking when needed.

How to Make Soup Broth

This is super easy to make. All you need is a large 8 quart stock pot. Tip: Prepare in advance the night before, so you're ready to make your soup the following day.

A universal homemade Soup Broth recipe made from meaty bones, vegetables and fresh herbs. Save your vegetable scraps, as they are perfect for making soup. Healthy and nutritious, making broth has never been easier. Bon Appetit! Приятного аппетита! 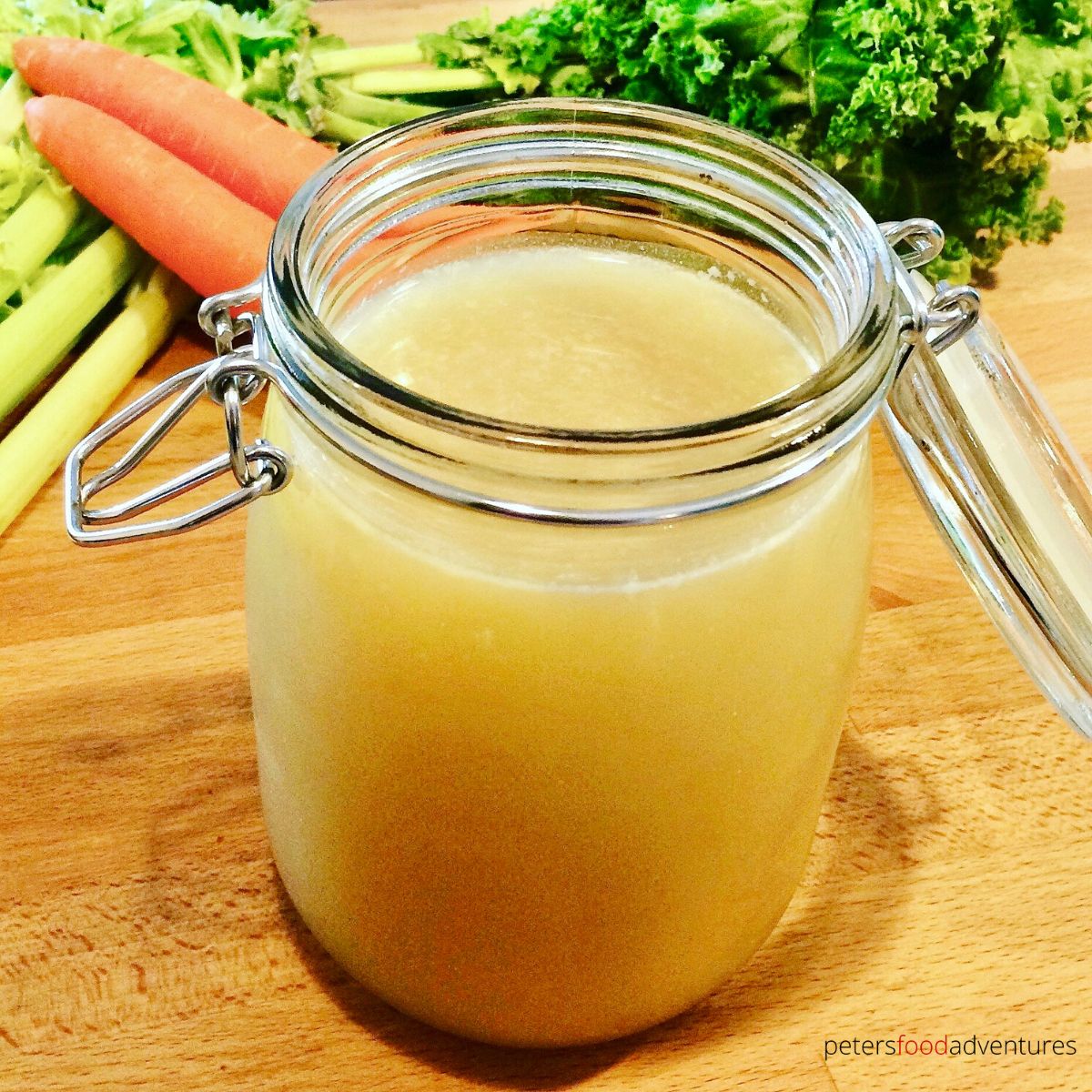 This website uses cookies to improve your experience while you navigate through the website. Out of these cookies, the cookies that are categorized as necessary are stored on your browser as they are essential for the working of basic functionalities of the website. We also use third-party cookies that help us analyze and understand how you use this website. These cookies will be stored in your browser only with your consent. You also have the option to opt-out of these cookies. But opting out of some of these cookies may have an effect on your browsing experience.
Necessary Always Enabled
Necessary cookies are absolutely essential for the website to function properly. This category only includes cookies that ensures basic functionalities and security features of the website. These cookies do not store any personal information.
Non-necessary
Any cookies that may not be particularly necessary for the website to function and is used specifically to collect user personal data via analytics, ads, other embedded contents are termed as non-necessary cookies. It is mandatory to procure user consent prior to running these cookies on your website.
SAVE & ACCEPT
169 shares