This Slow Cooker Ribs recipe is so easy to make, and they just melt in your mouth. They're so tender they just fall apart. Ribs don't have to be a summertime bbq recipe, but can be enjoyed year round. Using a crock pot to make ribs is such an easy, no fuss way to make ribs. There are many variations and flavors how to make crock pot ribs.

For me, this is the tastiest way to make ribs, and probably the most common. I always use a dry rub mixed with brown sugar to coat the ribs before smother with bbq sauce. I just used a store bought Cajun spice mix, which has a bit of a spicy kick to it. The brown sugar adds a sweetness which caramelizes the ribs and adds a balance to the spices. If you don't like cajun spice, you can mix together some of your favorite spices together (I suggest onion powder, garlic powder, cumin, paprika, salt and oregano).

There are so many suggestions on Reddit and all over the internet about how to prepare ribs using a slow cooker. Some people use apple juice or apple cider to add liquids to the slow cooker. Others suggest throwing in a sliced onion for more flavor. Other variations including adding honey and beer, Root Beer or Dr Pepper, Sweet and Sour sauce or even just plain ketchup. As you can see, the sky is the limit!

There are 2 variations, slow and slower. It depends on my day if I'm making the 4 hour version or the 7 hour version. I find that the ribs are only slightly more tender at the 7-8 hour mark versus the 4 hour recipe. Either way, they still completely fall apart when eating them. Some people will put them under the broiler for a few minutes before serving, but I find this adds extra steps. And the ribs usually start to fall apart when handling them.

Ribs aren't only for summer, this Slow Cooker Ribs recipe is perfect for the winter months too! Easy to make, throw them into the crock pot, walk away then enjoy a delicious ribs dinner! Bon Appetit! Приятного аппетита! 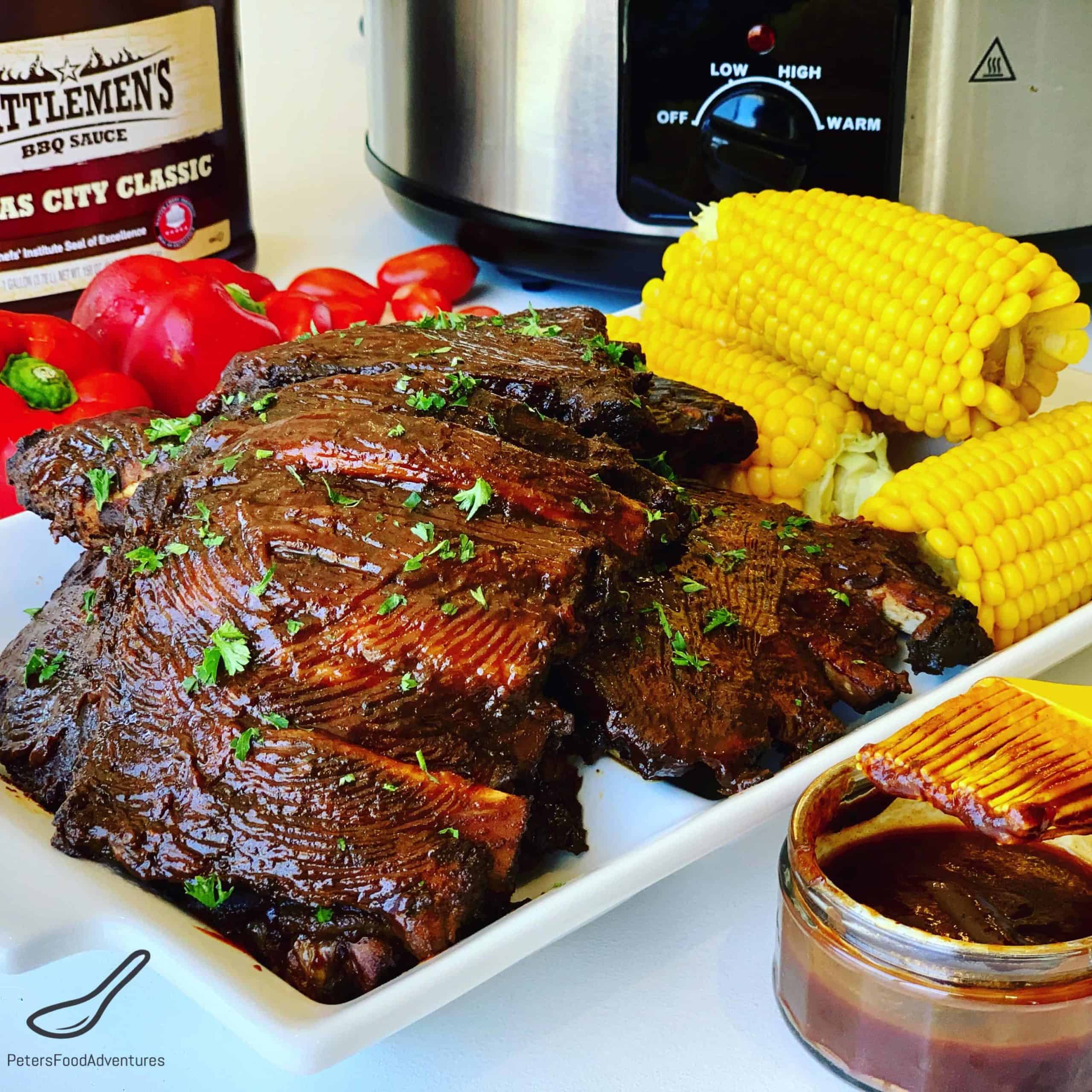 This website uses cookies to improve your experience while you navigate through the website. Out of these cookies, the cookies that are categorized as necessary are stored on your browser as they are essential for the working of basic functionalities of the website. We also use third-party cookies that help us analyze and understand how you use this website. These cookies will be stored in your browser only with your consent. You also have the option to opt-out of these cookies. But opting out of some of these cookies may have an effect on your browsing experience.
Necessary Always Enabled
Necessary cookies are absolutely essential for the website to function properly. This category only includes cookies that ensures basic functionalities and security features of the website. These cookies do not store any personal information.
Non-necessary
Any cookies that may not be particularly necessary for the website to function and is used specifically to collect user personal data via analytics, ads, other embedded contents are termed as non-necessary cookies. It is mandatory to procure user consent prior to running these cookies on your website.
SAVE & ACCEPT
814 shares