I love Earl Grey tea, and it's even better made as a London Fog Tea Latte! It's so easy to make, perfect on a cold rainy day.

I love Earl Grey tea, and it's even better in a London Fog Tea Latte! It's so easy to make, perfect on a cold rainy day.

What is London Fog Tea Latte?

It's thought that this recipe originated in Vancouver, which is where I first tried it. If not Vancouver, then somewhere in the Pacific Northwest! I think it really took off in popularity when Starbucks released their version of this tea latte. It's kind of an updated way to enjoy Earl Grey tea.

London Fog Tea Latte is brewed strong Earl Grey tea, mixed with hot steamed milk, with a shot of vanilla syrup. Some recipes have now added a hint of lavender, or use Lavender Earl Grey Tea.

How to Make London Fog Latte

Most homes don't have fancy cappuccino machines to make steamed milk. I have the Nespresso milk steamer which works perfectly to heat up the milk. Otherwise, heat up the milk in a saucepan on the stove. Just be careful not to burn the milk by overheating.

The other part to this recipe is to make a strong brewed steeped tea. Strongly brewed tea in Russia is called zavarka, which is like a tea concentrate that is diluted with boiling water. It's how Russians traditionally enjoy tea, and is how you need to steep your tea. The milk to tea ratio is about 50:50, but you can adjust ratios to your personal preference.

You can't steep the teabag directly into the hot milk, as the milk fats don't allow the tea to be fully released. That's why you need to prepare a strong brew. The ratio needs to be right, too much water then it tastes like regular Earl Grey Tea. Too little tea, then the latte is too milky and lacks flavor. You can substitute any types of milk you like, from skim to almond or soy. 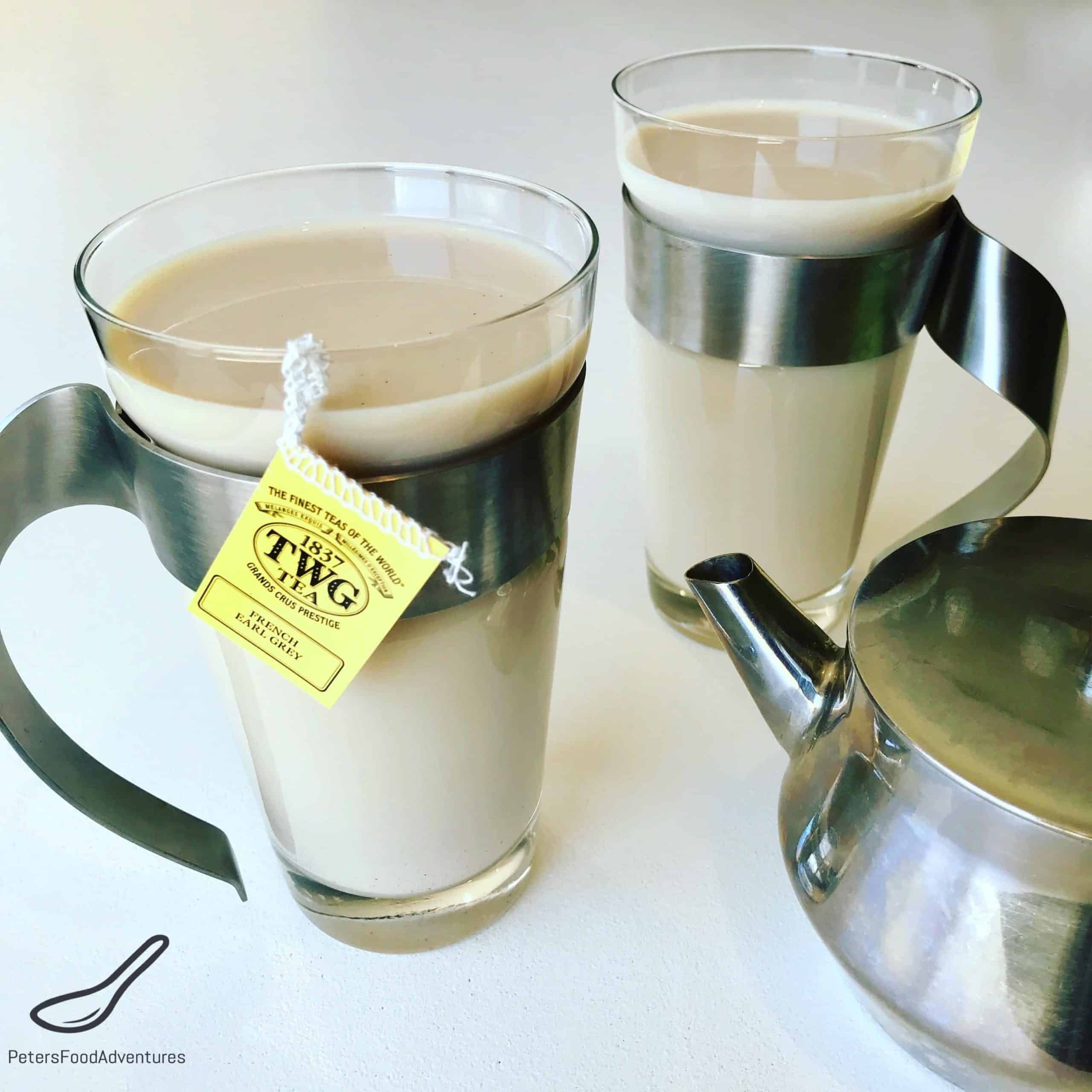 This website uses cookies to improve your experience while you navigate through the website. Out of these cookies, the cookies that are categorized as necessary are stored on your browser as they are essential for the working of basic functionalities of the website. We also use third-party cookies that help us analyze and understand how you use this website. These cookies will be stored in your browser only with your consent. You also have the option to opt-out of these cookies. But opting out of some of these cookies may have an effect on your browsing experience.
Necessary Always Enabled
Necessary cookies are absolutely essential for the website to function properly. This category only includes cookies that ensures basic functionalities and security features of the website. These cookies do not store any personal information.
Non-necessary
Any cookies that may not be particularly necessary for the website to function and is used specifically to collect user personal data via analytics, ads, other embedded contents are termed as non-necessary cookies. It is mandatory to procure user consent prior to running these cookies on your website.
SAVE & ACCEPT
234 shares