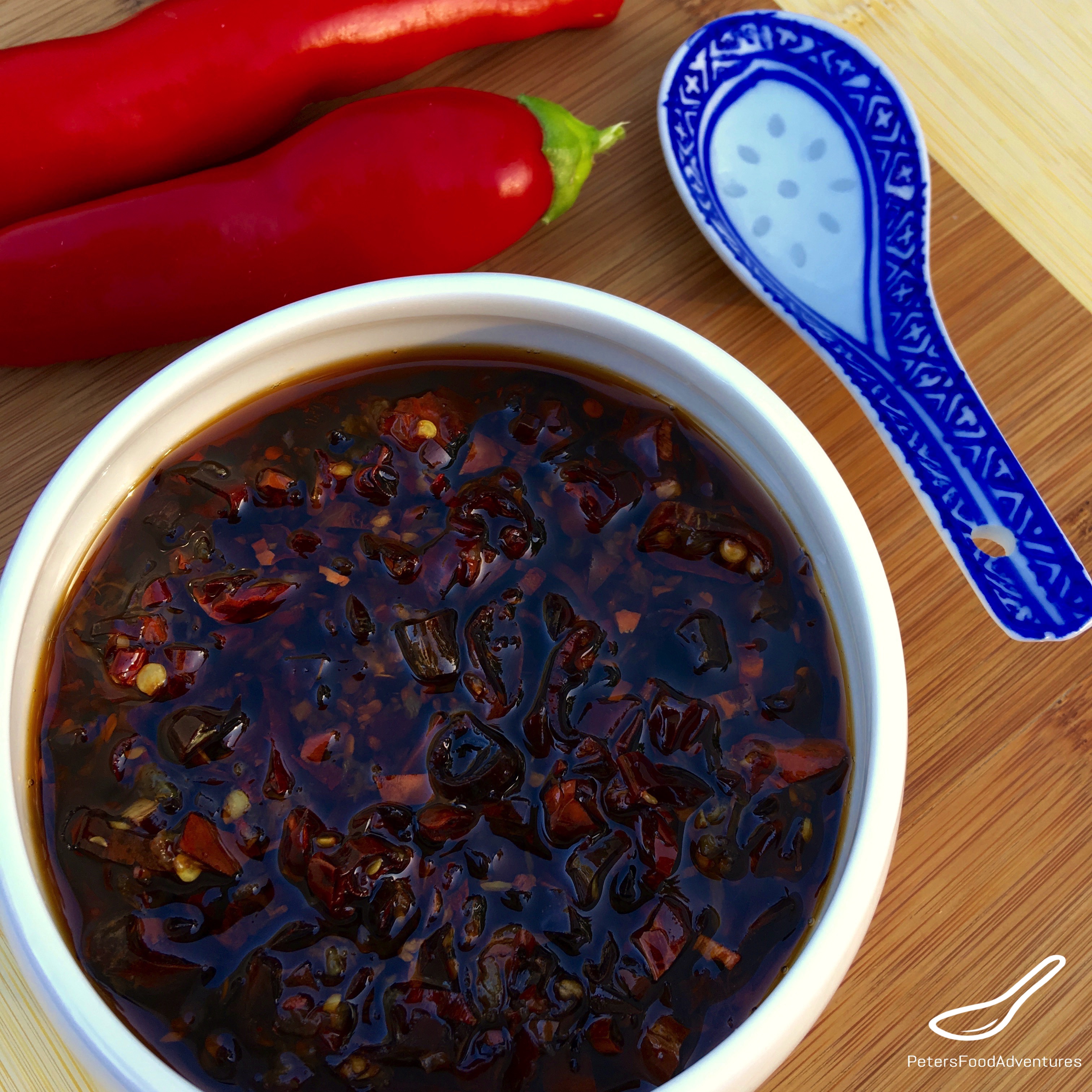 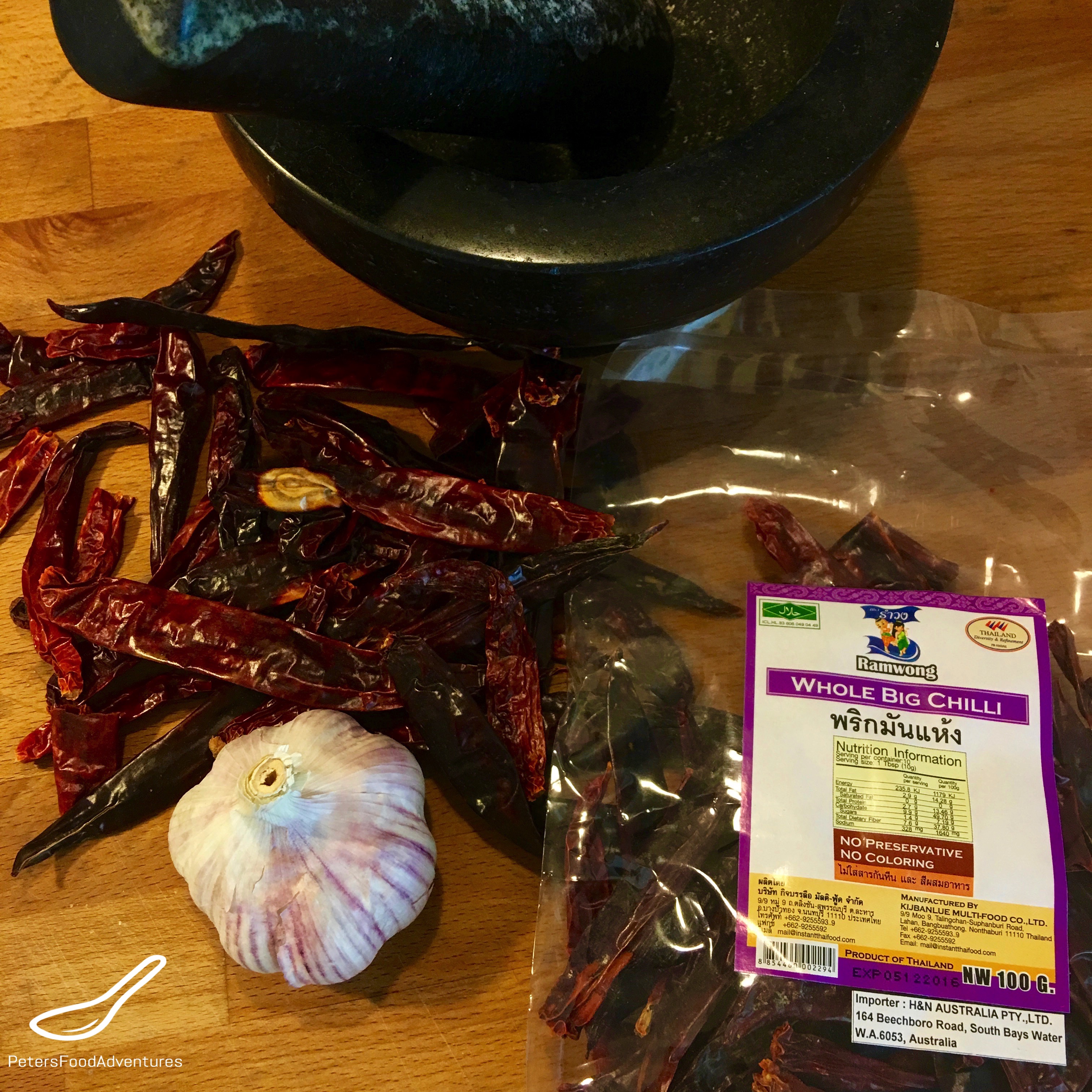 Laza Hot Sauce, also known as the unpronounceable Lazadzhan (Лазаджан), is a traditional Uyghur Asian Chili Sauce. It's best eaten with Lagman Noodle Stir Fry, but also with Manti Steamed Dumplings, Funchoza, Ashlyamfu, or really with anything that could benefit from a chili hot sauce. My wife loves eating it with her Aussie meat pie, it just adds so much flavour! It's not really well known outside of Central Asia, but maybe it's time to discover a new hot sauce.

Laza Sauce has a very unusual process for making hot sauce, and you need to be very careful not to burn yourself with the hot oil.  You can vary the spiciness of Lazadzhan, depending on the chili peppers you use. Dried paprika works well, but you can control how spicy you want your sauce to be by choosing a spicier pepper. My dried chili peppers were very dark, some almost black, which made my Lazadzhan quite dark in colour.

I don't use ground pepper powder, but use whole dried chili peppers, which I finely chop into small tiny pieces (as small as you can, it's a bit of work). I was in a hurry and chopped my chili peppers a little too coarse in the photos, ideally it should be a bit finer. Sometimes I put them in a food processor too, or but it's easiest to buy crushed chilli flakes. I'm always a bit more generous with the oil, as I love the flavoured chili garlic oil.

Do not burn yourself with the boiling oil and take all necessary precautions to be safe. There's just something amazing that happens to the flavours, when you add the boiling oil to the chili and garlic. I can't explain it, you just need to try it! Bon Appetit! Приятного аппетита! 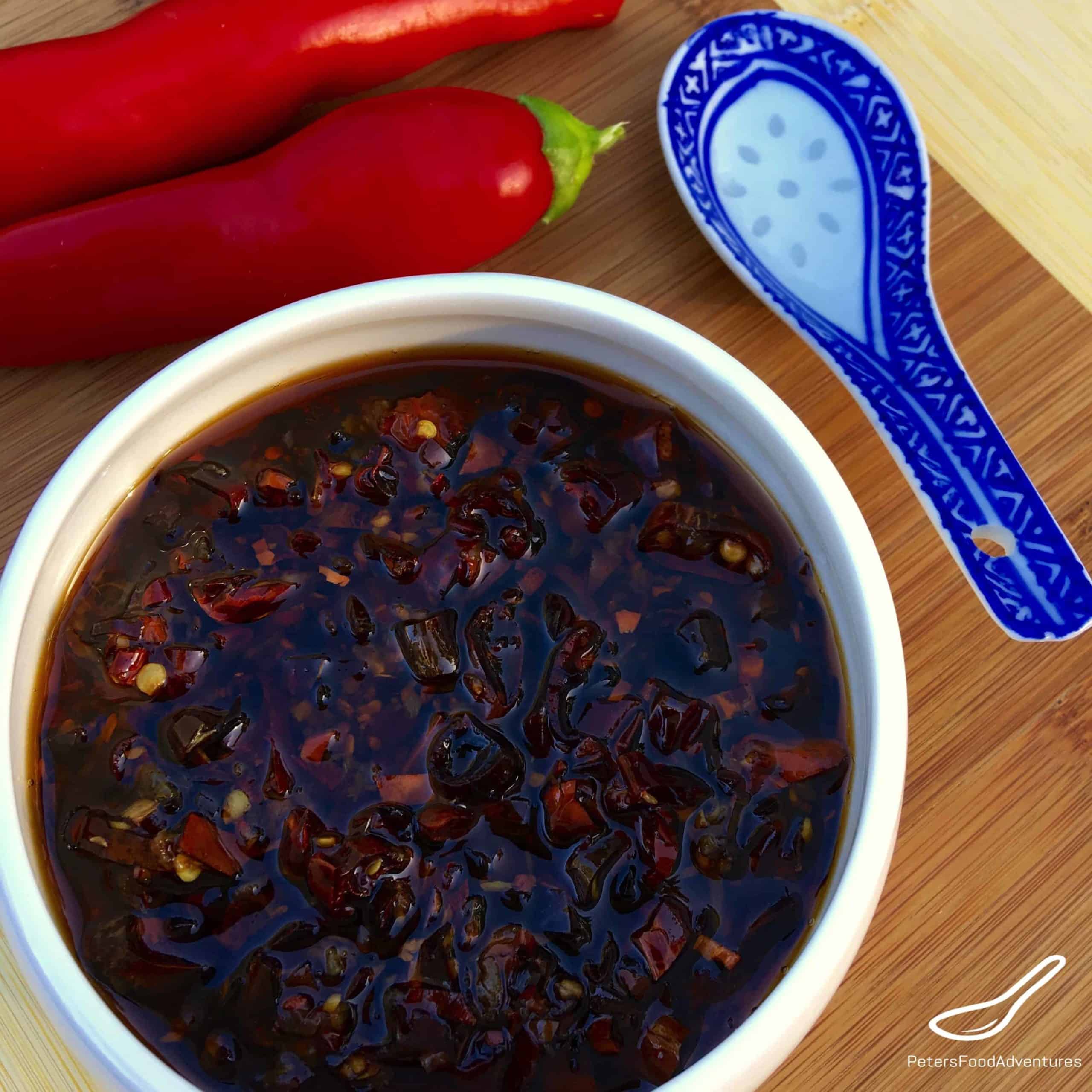 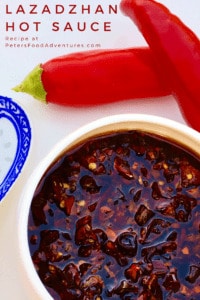 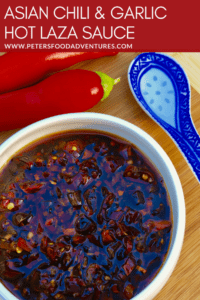 This website uses cookies to improve your experience while you navigate through the website. Out of these cookies, the cookies that are categorized as necessary are stored on your browser as they are essential for the working of basic functionalities of the website. We also use third-party cookies that help us analyze and understand how you use this website. These cookies will be stored in your browser only with your consent. You also have the option to opt-out of these cookies. But opting out of some of these cookies may have an effect on your browsing experience.
Necessary Always Enabled
Necessary cookies are absolutely essential for the website to function properly. This category only includes cookies that ensures basic functionalities and security features of the website. These cookies do not store any personal information.
Non-necessary
Any cookies that may not be particularly necessary for the website to function and is used specifically to collect user personal data via analytics, ads, other embedded contents are termed as non-necessary cookies. It is mandatory to procure user consent prior to running these cookies on your website.
SAVE & ACCEPT
288 shares