Hvorost Rozantsi (Розанцы) are a traditional sweet crisp pastry made out of dough that has been shaped into thin twisted round rose ribbons, deep-fried and sprinkled with powdered sugar. Across different cultures in Europe, variations of this dessert are known as Angel Wings, Crostoli, Faworki, Raderkuchen, Bugnes, Hvorost and more.

The Russian dessert, Hvorost (Хворост) means Brushwood, which is what the dessert resembles, little twigs of crisp pastry. We grew up eating Rozantsi (Розанцы), which means little roses, and is the same thing as Hvorost, but in a different (rose) shape. So Hvorost Rozantsi are basically brushwood little roses. They are called Rozantsi for short. I think its much prettier to eat little round roses instead of straight twigs.... just saying. You can control how big and tightly wound you want to make the Rozantsi, but you'll get the hang of it as you cook them.

We ate these when there was special events, at large gatherings or celebrations, it seems like there was always a relative bringing a plate of Rozantsi. It takes a bit of time and effort to make these, and they are light and flaky, it seems like the plate disappears in no time! Perfect with a cup of tea, absolutely worth the effort. Bon Appetit! Приятного аппетита! 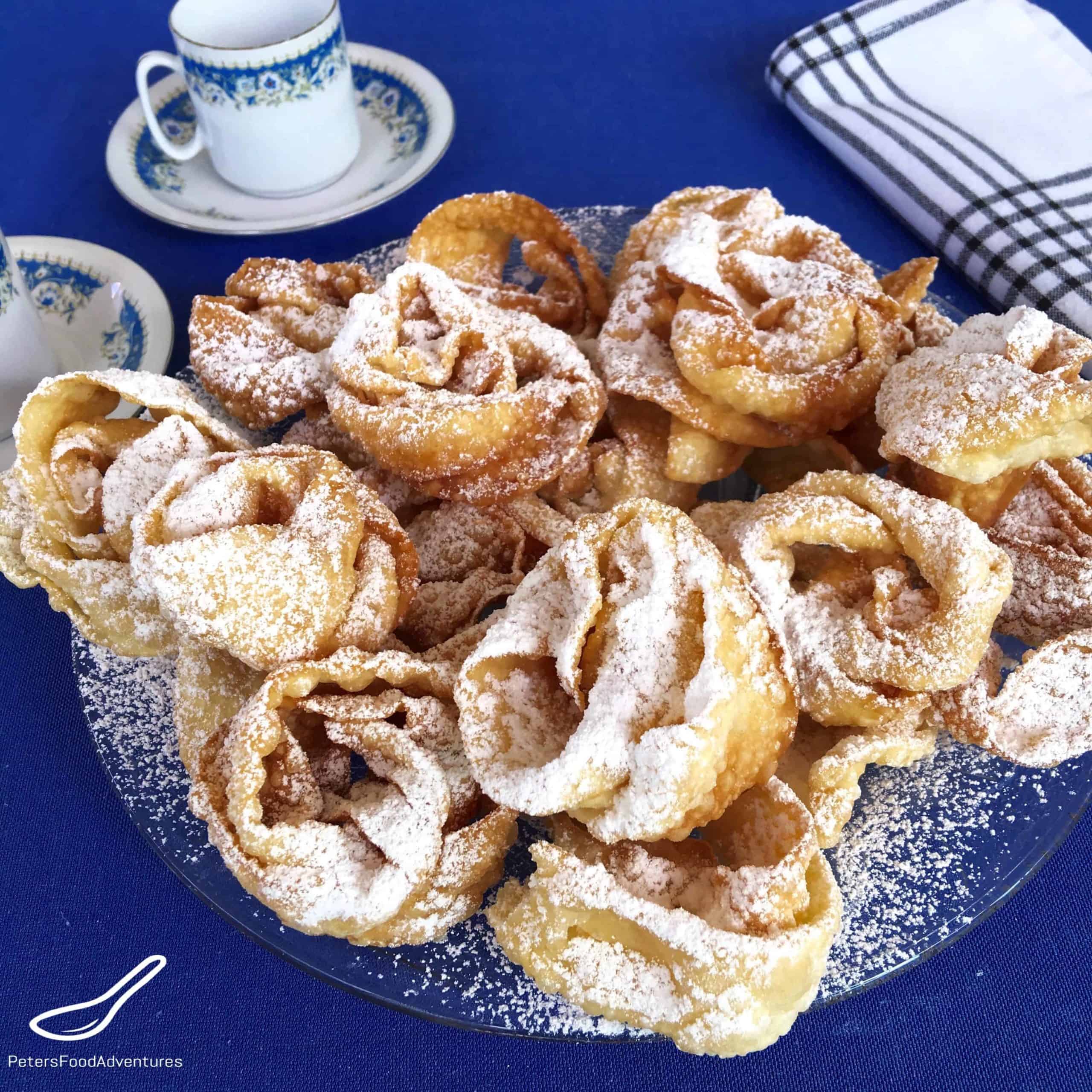 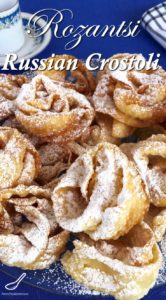 This website uses cookies to improve your experience while you navigate through the website. Out of these cookies, the cookies that are categorized as necessary are stored on your browser as they are essential for the working of basic functionalities of the website. We also use third-party cookies that help us analyze and understand how you use this website. These cookies will be stored in your browser only with your consent. You also have the option to opt-out of these cookies. But opting out of some of these cookies may have an effect on your browsing experience.
Necessary Always Enabled
Necessary cookies are absolutely essential for the website to function properly. This category only includes cookies that ensures basic functionalities and security features of the website. These cookies do not store any personal information.
Non-necessary
Any cookies that may not be particularly necessary for the website to function and is used specifically to collect user personal data via analytics, ads, other embedded contents are termed as non-necessary cookies. It is mandatory to procure user consent prior to running these cookies on your website.
SAVE & ACCEPT
155 shares