This easy Hot Apple Cider recipe is an easy to make cold weather treat, it's like Christmas in a cup. And very easy to make! A hot mulled cider made with apple juice, steeped in spices. The aroma fills the entire house!

Why You'll Love this Recipe

When the weather turns cold, enjoying a heartwarming Hot Cider reminds me of family gatherings like Thanksgiving, Halloween or Christmas season. I love apple cinnamon recipes, whether it's American Apple Pie or easy Apple Turnovers, all are fall favorites! Come to think of it, this is like a hot apple pie drink!

It can be, however this is a non-alcoholic apple cider for the whole family to enjoy. If you wanted to make a spiked apple cider, add a cup of Rum, Brandy or Fireball Cinnamon Whiskey.

You don't need to go to Costco to buy your Spiced Apple Cider, it's easier and cheaper to make at home! All you need is a large pot, apple juice and cinnamon, nutmeg and cloves.

Can I Use a Slow Cooker for Hot Apple Cider?

Yes. Place all the ingredients in the slow cooker and cook on low for 4 hours. This method also keeps your cider hot while serving.

Do I Need to Strain Hot Apple Cider?

Highly recommend. When you add ground spices like cinnamon and nutmeg, they leave a small gritty residue in your cup. Not everyone is bothered by it, however straining though a cheesecloth provides best experience.

Mix it up and add your favorite fall spices. Here are some suggestions to add.

How to Reheat Hot Apple Cider

Bring Apple Cider to a gentle simmer in a pot. To heat in microwave, heat cup of Apple Cider for 60 seconds (or until it's hot enough).

So easy to make, all natural and healthier than store bought with unpronounceable ingredients - Easy Hot Apple Cider recipe. It will warm you from the inside out, with a smile. Bon Appetit! Приятного аппетита! 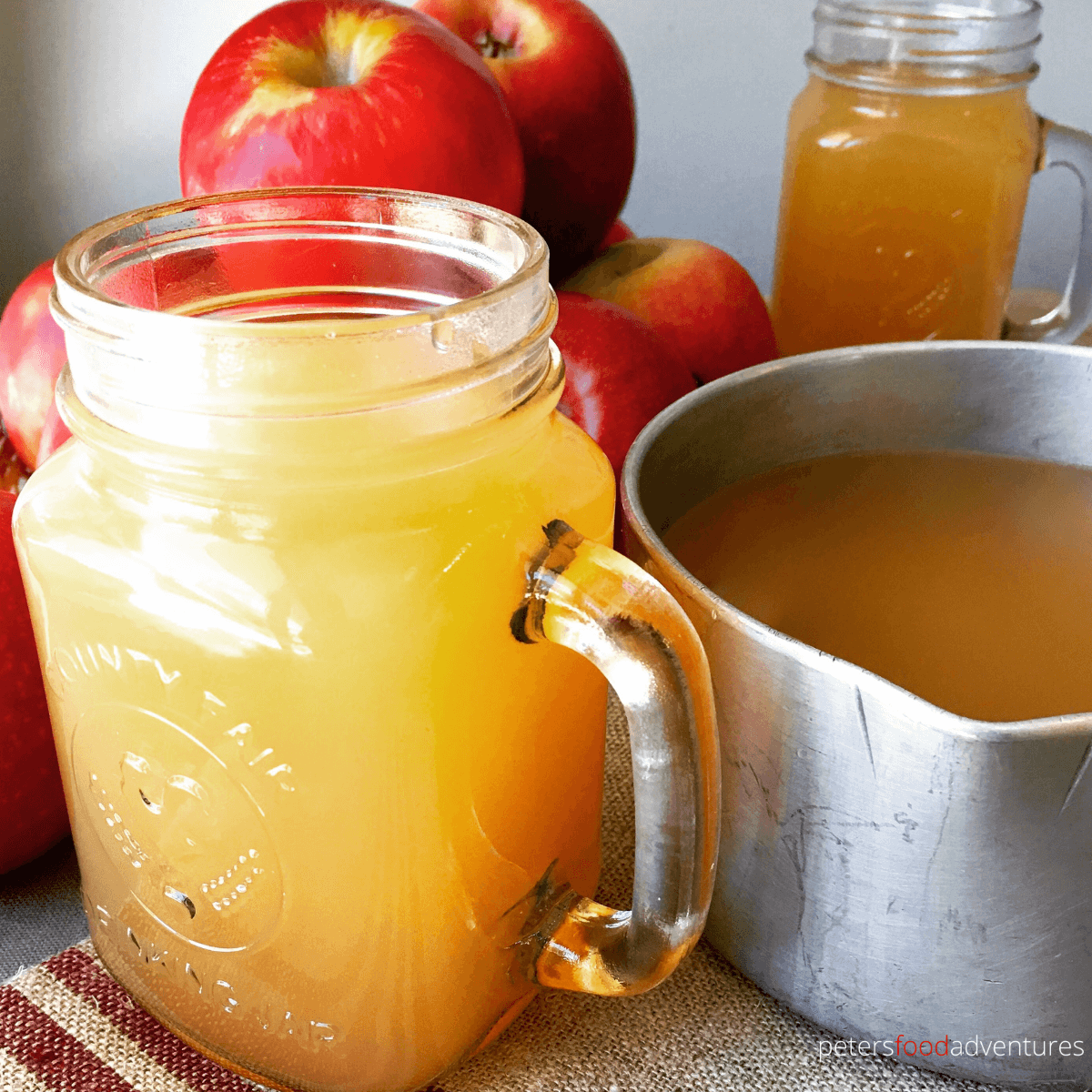 This website uses cookies to improve your experience while you navigate through the website. Out of these cookies, the cookies that are categorized as necessary are stored on your browser as they are essential for the working of basic functionalities of the website. We also use third-party cookies that help us analyze and understand how you use this website. These cookies will be stored in your browser only with your consent. You also have the option to opt-out of these cookies. But opting out of some of these cookies may have an effect on your browsing experience.
Necessary Always Enabled
Necessary cookies are absolutely essential for the website to function properly. This category only includes cookies that ensures basic functionalities and security features of the website. These cookies do not store any personal information.
Non-necessary
Any cookies that may not be particularly necessary for the website to function and is used specifically to collect user personal data via analytics, ads, other embedded contents are termed as non-necessary cookies. It is mandatory to procure user consent prior to running these cookies on your website.
SAVE & ACCEPT
2279 shares