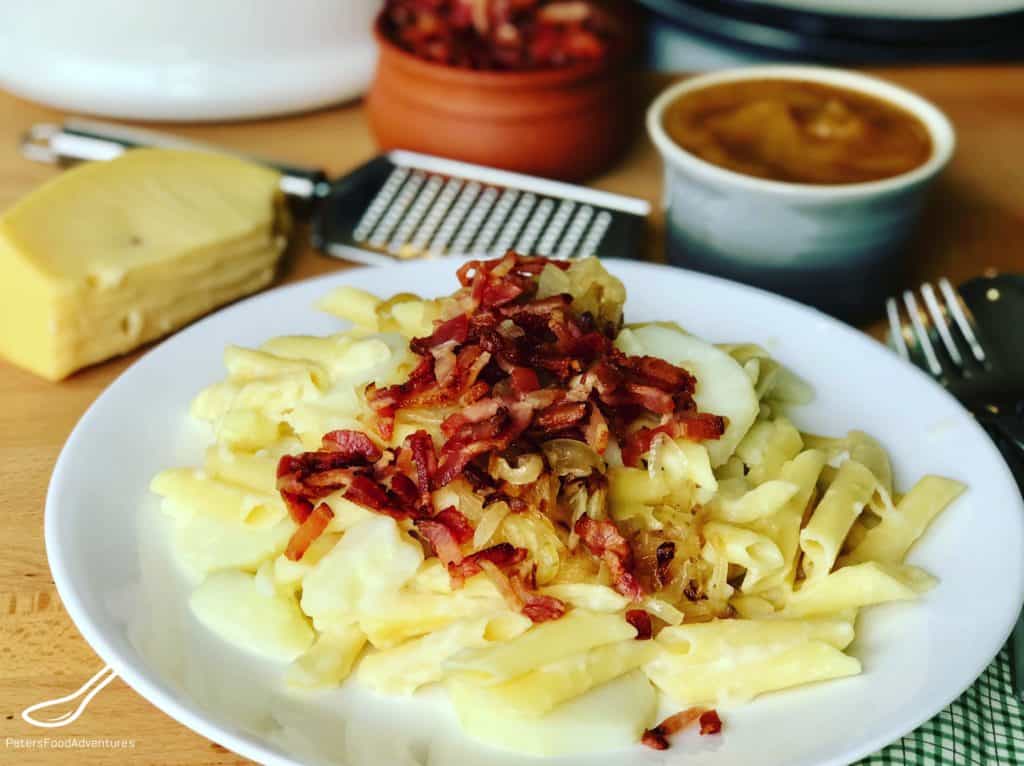 This Swiss Mac and Cheese Recipe (Alplermagronen) is a heartwarming comfort food, popular high in the Swiss Alps. An Alpine Macaroni enjoyed for hundreds of years, loved both by parents and children!

Isn't this just Mac and Cheese?

There are are a few differences from American style Mac and cheese, with the addition of Swiss cheeses, potatoes, bacon, served with apple sauce. It's not made with a roux as a base, like my Pumpkin Mac and Cheese recipe. A really an easy recipe to make, an awesome carb overload.

It's an easy one pot meal, but some people like to layer the potato in a casserole dish in the oven. This wasn't the intended original way of enjoying this rustic recipe. I love lots of bacon and onion, and sometimes just mix it all through in the pot, instead of garnishing it on top. 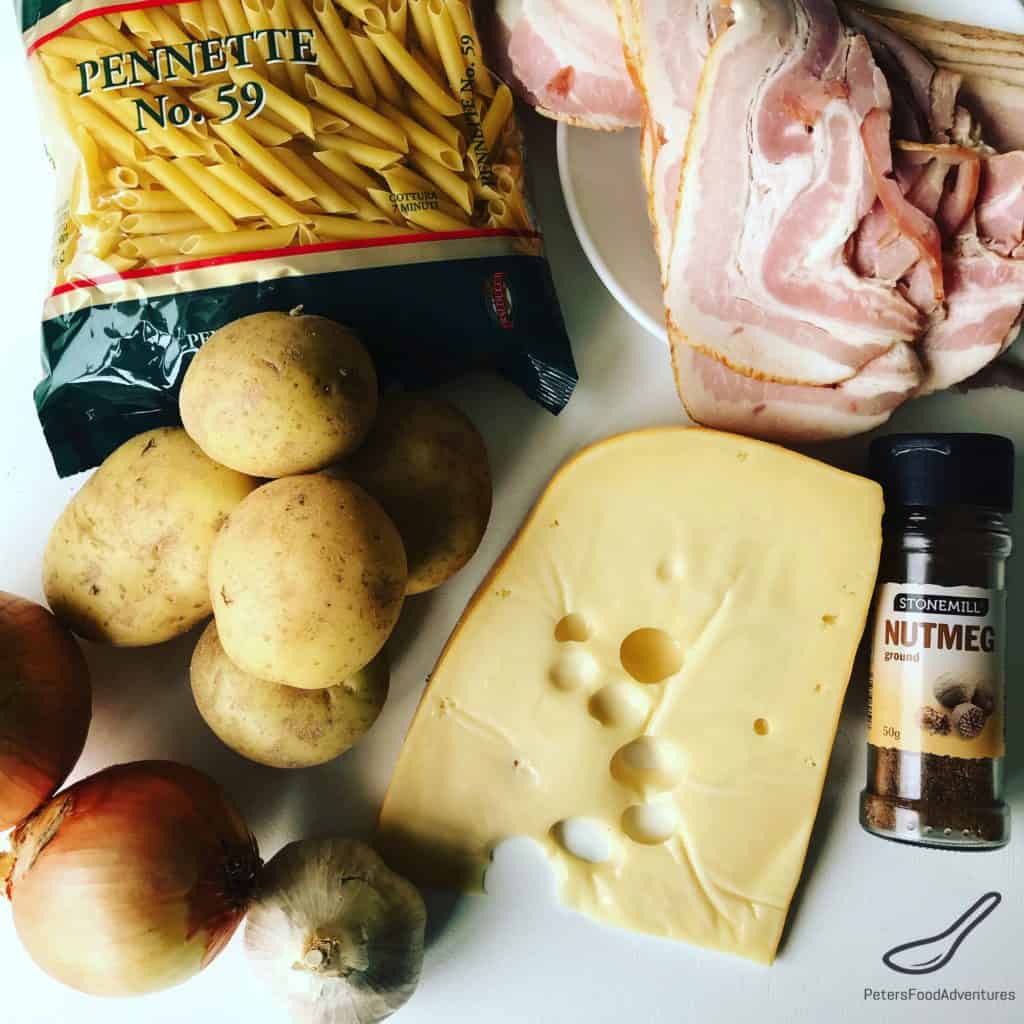 Swiss Macaroni and Cheese with Applesauce

It's not always served with apple sauce, but sometimes with dried apple pieces. My kids love the addition of apple sauce to this recipe, it adds a sweetness that you can either enjoy with your Swiss Mac and Cheese, or eat after as a dessert. I can't seem to decide which way I like to eat it better. You'll need to decide for yourself!

You can use any tubular pasta shape available, I used Penne pasta. If you can find it, there is a straight tube egg pasta called Älplermagronen specifically sold for this recipe but any tubed pasta will do.

My aunt who came from Switzerland introduced me to many different Swiss recipes that I haven't tried before. My favorite recipe from Switzerland  is her Swiss Cheese Fondue. It seems that the Swiss don't get many things wrong, I'm sure you're gonna love this recipe!

The ultimate comfort food, a classic from the Switzerland. Macaroni, potatoes, caramelized onions, bacon with Swiss cheese, served with apple sauce. Your family will love this recipe! Alplermagronen Swiss Mac and Cheese with Bacon and Potatoes 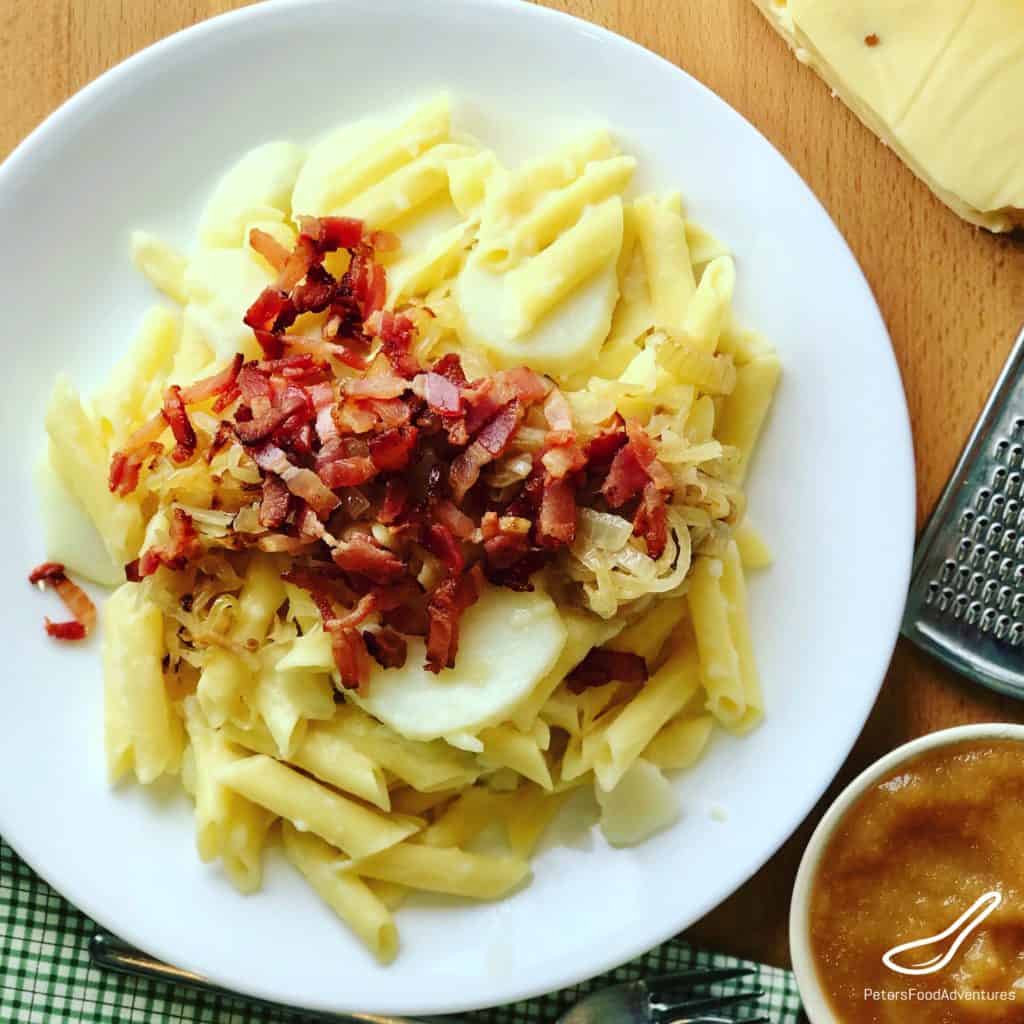 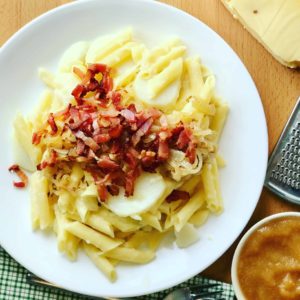 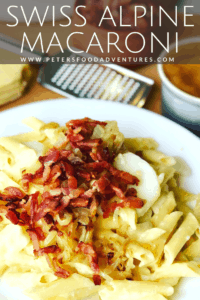 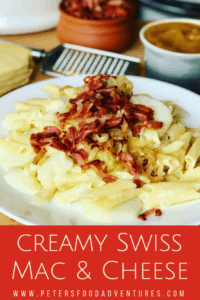