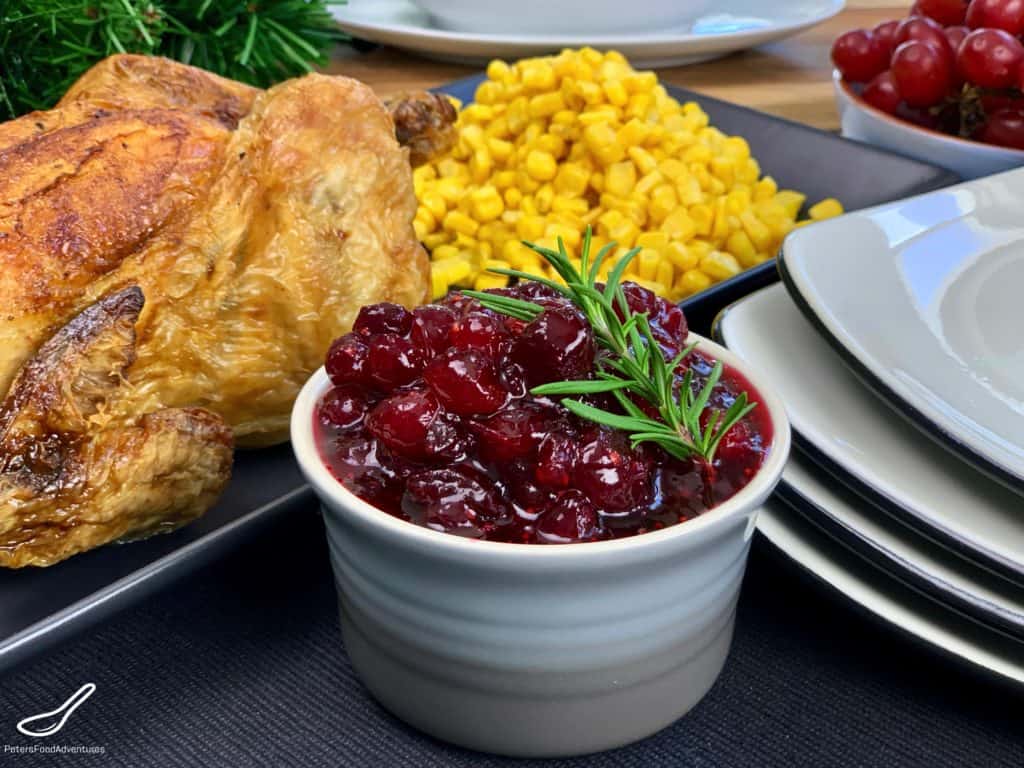 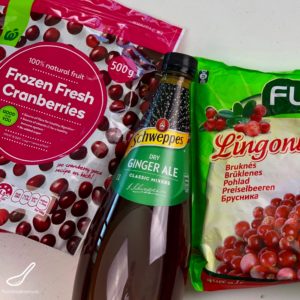 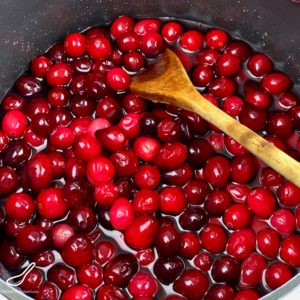 Whenever the holidays come around, most of us scramble to find the recipes to serve to our families. In the rush, people often just buy cranberry sauce from the store. It's so easy to make homemade cranberry sauce, you'll never need to buy it again. Plus there are many different variations of what you can add to personalize your sauce.

Whenever we are cooking for Christmas or Thanksgiving, there is usually so much going on. On top of trying to get things right on the day, timing of the meals, making condiments might be the last thing on your mind. The great thing about homemade cranberry sauce is that it can be made ahead of time. It lasts about 2 weeks in the fridge, and can also be frozen. So you can make a batch for Thanksgiving, freeze it and defrost it for Christmas dinner. So don't worry about it on the day, make it ahead of time. Come to think of it, don't wait for a holiday to enjoy this recipe. Try it alongside your next homemade Roast Chicken. This recipe is too good to enjoy once a year!

There are many different recipes out there when making homemade cranberry sauce. What can I say? I love more of a classic flavor, with a small twist. Instead of using water with my cranberries, I use ginger ale. When it's cooked, there is a very slight ginger-y flavor, but very subtle. The hero must be the cranberries to accompany the turkey, ham, pork or chicken. You don't want it overpowered by any flavors.

It's quite common to find homemade cranberry sauces that use orange juice and orange zest. Other recipes might use maple syrup, honey, nuts, port, cinnamon, apples or pears. I personally don't like those variations, but you can experiment as you like. Just keep the liquid and sugar ratio the same. 1 cup of liquid to 12oz of cranberries, with ¾ cup to 1 cup of sugar. You can adjust to taste. It will seem sweet, but the cranberries are very sour inside.

Lingonberries are commonly found in Scandinavia and Russia, but also grow in Canada and Alaska. Most of us would recognize Lingonberry Sauce made famous by Ikea. It's also known as Cowberry. For me, it's interchangeable with cranberries. Lingonberries are physically a bit smaller than cranberries and a little less acidic. Some people say that wild Lingonberries are a bit healthier than cultivated cranberries, as they are darker in color. Dark color means there is more procyanidin, an antioxidant. I don't know what's true or not, but I use both in my cooking. In Russian, Lingonberries are called Brusnika (Брусника) and can be bought frozen in most Russian deli stores.

This has happened to me before too! There are many cranberry sauce recipes out there that tell you to only simmer for 10 minutes before allowing to cool. I find that isn't enough time, and need to simmer at least for 15 minutes. The liquid needs to cook down a bit, and it will further solidify as it cools. If it hasn't cooked long enough, the pectin naturally found in cranberries hasn't been released, which is required for it to gel. You can put it back on the burner to cook for a few more minutes, or if in a hurry, make a cornstarch slurry to use as a thickener.

And the best thing is that you can use frozen cranberries. No need to pay extra for the fresh stuff. Just allow them to defrost before using. So give it a try this Thanksgiving, Christmas or holiday season. Cranberry Sauce made with Ginger Ale is so easy to make, it will be your new holiday favorite. Bon Appetit! Приятного аппетита! 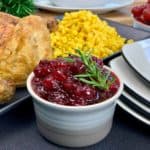 Homemade Cranberry Sauce is incredibly easy to make with only 3 ingredients. My secret is the Ginger Ale. This recipe can also be used to make Lingonberry Sauce, perfect for Thanksgiving or Christmas.

If you want a classic Cranberry sauce recipe, use water instead of Ginger Ale with 1 cup of sugar (instead of ¾ cup). 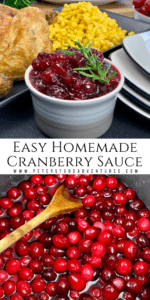 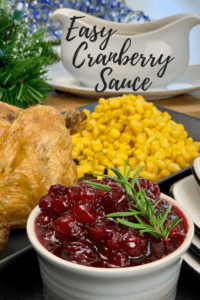