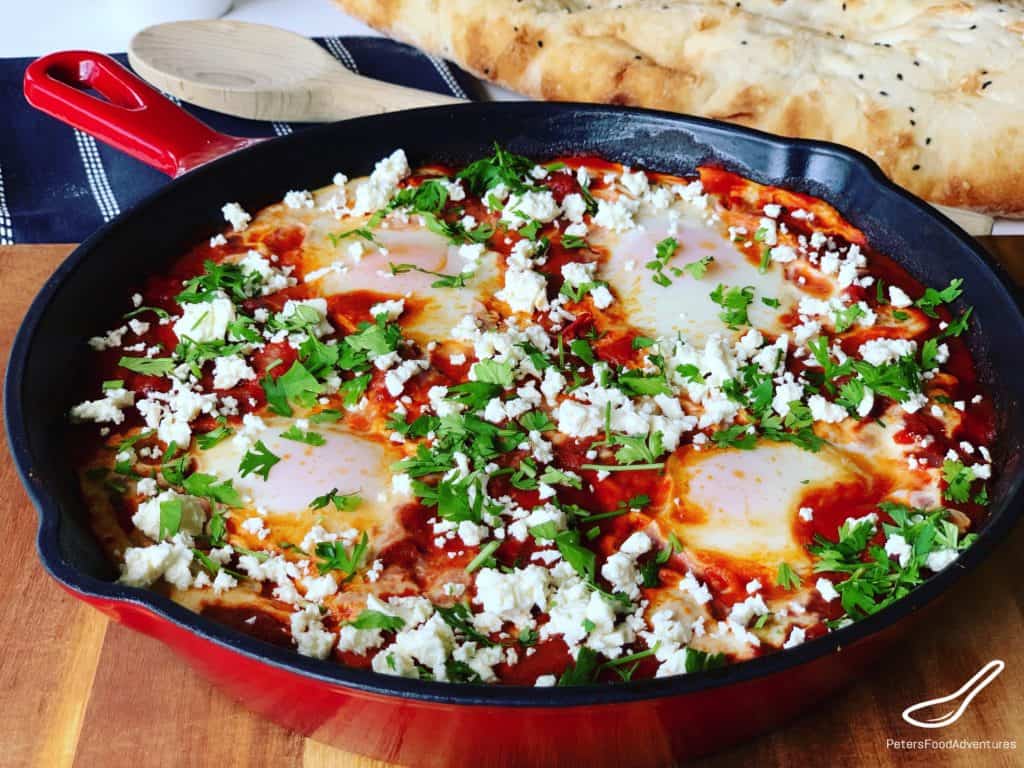 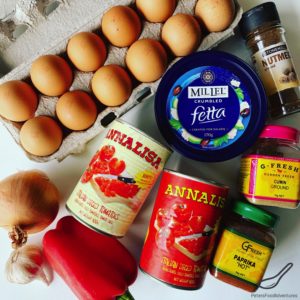 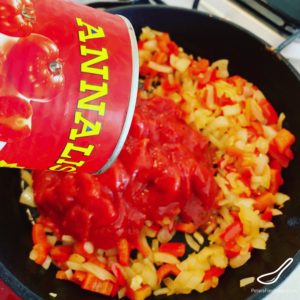 If you've never made a Shakshuka recipe (also known as Shakshouka) you've got to try it! Such a delicious way to enjoy eggs for breakfast,  a change from ordinary boring eggs. It's so easy to make, and full of vitamins too. Shakshouka is a dish of poached eggs in tomatoes, onions, peppers and spices. It's popular at breakfast and sometimes at dinner in Israel as well.

Where Did Shakshuka Come From?

The origins of Shakshouka are disputed. Some people think it originated from the Ottoman Empire (Turkey) while others say it originated from Morocco. It's popular across the Mediterranean and the Middle East and around the world. The modern version of Shakshuka with eggs and vegetables is thought to have come from Tunisia.

While not native to Israel, it especially seems to have taken off there, brought by Tunisian Jews. Due to this popularity in Israel, it's sometimes thought of as an Israeli dish. It's also essential in Arab cuisine in Libya, Egypt, Saudi Arabia, Morocco and Algeria.

There are many different variations when making this dish. The classic recipe includes onions, peppers, garlic, tomatoes, eggs and spices like cumin, paprika, cayenne. I have added Feta Cheese because it tastes amazing with the Middle Eastern spices.

Vegan Shakshuka (obviously excludes eggs), substitutes them with a generous serve of Chickpeas. Other variations might add ground lamb and yogurts. Some people add Chorizo sausage for a Keto Shakshuka, and there is even an Israeli version with Spam. Some people scramble the eggs instead of leaving the googly. Is that a word? It should be when describing runny eggs!

In Tunisia, Shakshuka recipe includes Artichoke Hearts, Broad Beans and Potatoes. Sometimes I add some Chickpeas to this recipe, as they're high in fibre and taste delicious. I've even seen green Shakshouka with green veggies like Spinach, Avocado, Kale, Swiss Chard and Zucchini. But you could argue that it's almost unrecognizable as Shakshuka.

When making Shakshuka I place the cast iron pan in a oven because it allows me to control how well the egg whites are cooked. Some people just cook this on the stove and skip the oven. In the summertime, I use fresh tomatoes from the garden, and the flavor is amazing. I allow more time on the stove for the fresh tomatoes soften and cook down.

This Shakshuka recipe is one of my favorite Middle Eastern meals. A perfect meal for a brunch or special occasions like Mother's Day. Colorful, spicy and delicious. An simple dish with everyday ingredients your family will love. Perfect for breakfast, brunch or dinner. Bon Appetit! Приятного аппетита! 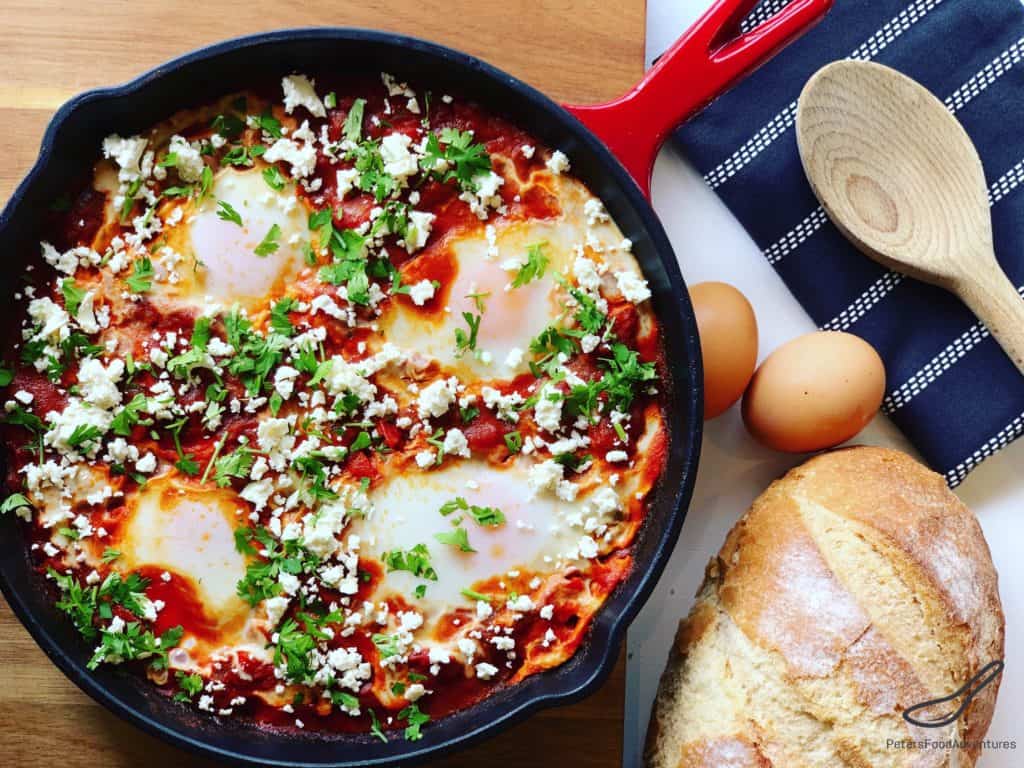 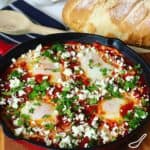 This Shakshuka recipe is one of my favorite Middle Eastern meals. Colorful, spicy and delicious. An simple dish with everyday ingredients your family will love. Eggs in Tomato Sauce, perfect for breakfast, brunch or dinner.

When I make this with fresh tomatoes, I also add about half a cup of Passata or pureed tomatoes for the right consistency. 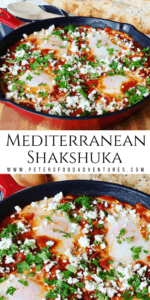 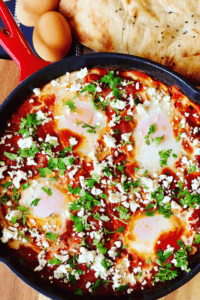 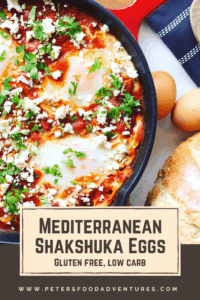 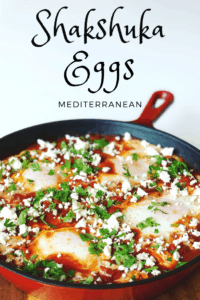 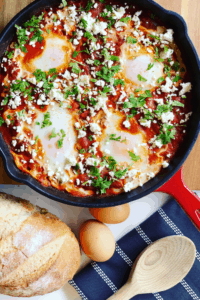