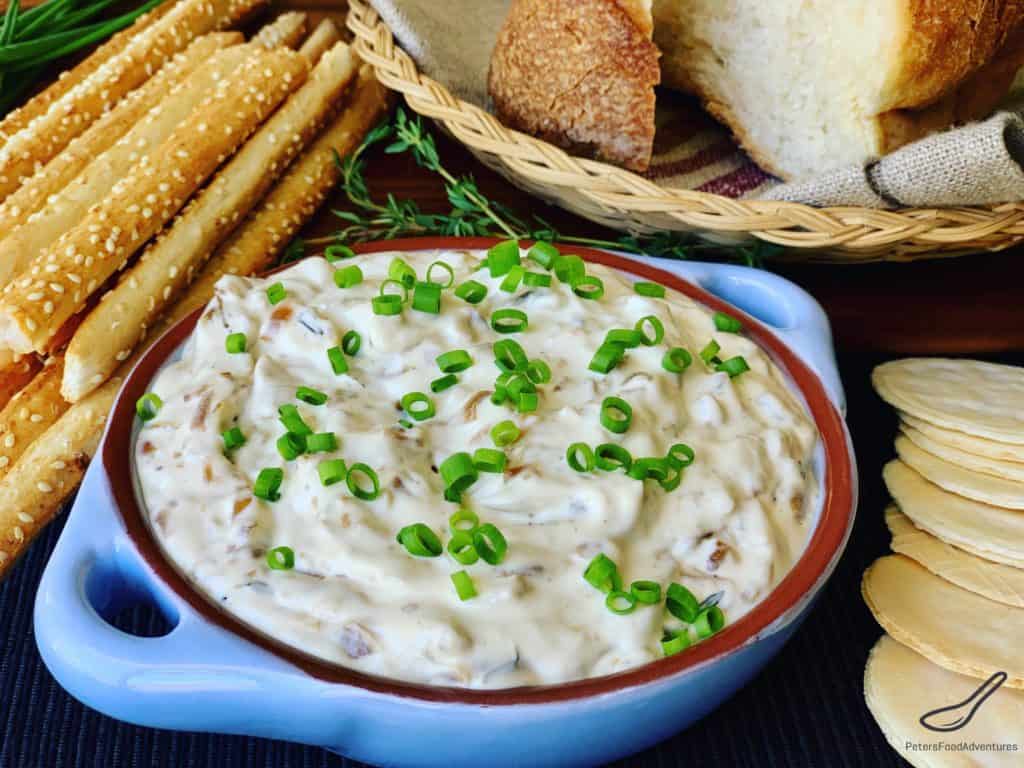 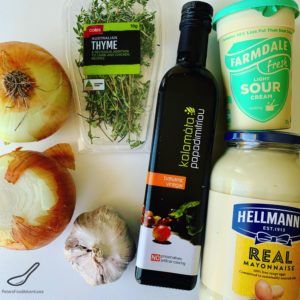 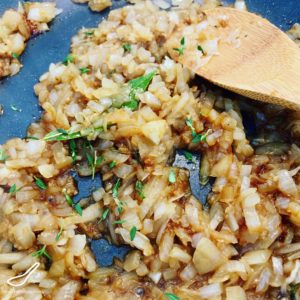 French Onion Dip is a classic American dip that's popular all over the world. An easy dip to enjoy at parties, potlucks or backyard barbecues. An easy dip to make for your Super Bowl party or a family game night.

The original recipe was made in the 1950's in Los Angeles by an unknown person. As its popularity grew, it became known as California Dip. The Lipton Company led an advertising campaign with the original onion soup recipe printed on the back of its packages. It's commonly made with two ingredients, dry dehydrated French Onion Soup mix and sour cream.

How to make French Onion Dip From Scratch

I think it's better to make things from scratch and try to eat less processed foods, but I'm not a crazy person. I can still happily demolish Kraft Mac and Cheese with my kids, although my homemade recipe tastes better! While the dried onion mix is easy and convenient to make, homemade French Onion Dip is always tastier than the store-bought varieties. And this homemade dip is so easy to make. I caramelize the onions and garlic with balsamic vinegar, add fresh thyme and mix in with sour cream and mayonnaise. You could use homemade sour cream and mayonnaise if you have the time to pre-make them.

I add a bit of brown sugar when caramelizing the onions, which adds a nice sweetness to the dip. I usually use Brown Onions which have a great flavor, but aren't very sweet. If you use a sweeter White Onion, you can reduce the brown sugar, maybe adding only 1 tablespoon. Using 2 large onions might seem like a lot for this recipe, but it reduces significantly when caramelizing. Trust me, it only adds to the flavor.

I also have a Bay Leaf tree growing in my yard and find many ways to use it in recipes. I throw a Bay Leaf into the onions when they are reducing in the pan. Remove and discard the leaf before mixing into the sour cream and mayo.

What is French Onion Dip Good With?

Traditionally in the States, this dip is eaten with potato chips at parties. It's also great on a crusty slice of bread, on crackers or to dip carrot and celery sticks. You can spread it on a burger or add more flavor to your next sandwich.

Homemade French Onion Dip made with real onions and balsamic vinegar. Healthier and tastier because it's made from scratch. Perfect for dipping potato chips or a crusty loaf at your next Super Bowl party or bbq. Bon Appetit! Приятного аппетита! 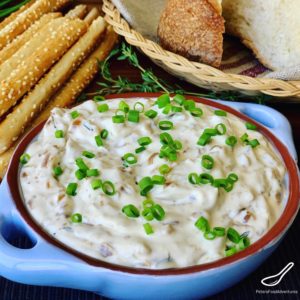 This recipe can be made in advance, allowing the flavors to meld together. Keep refrigerated until you're ready to serve.
Keyword French Onion Dip 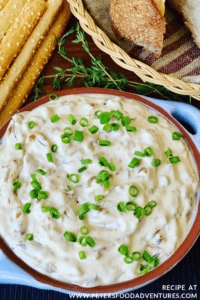 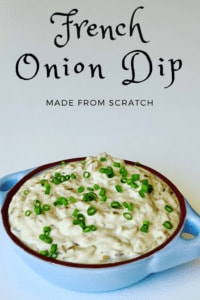