Home » Blue Cheese Dip for Everything! 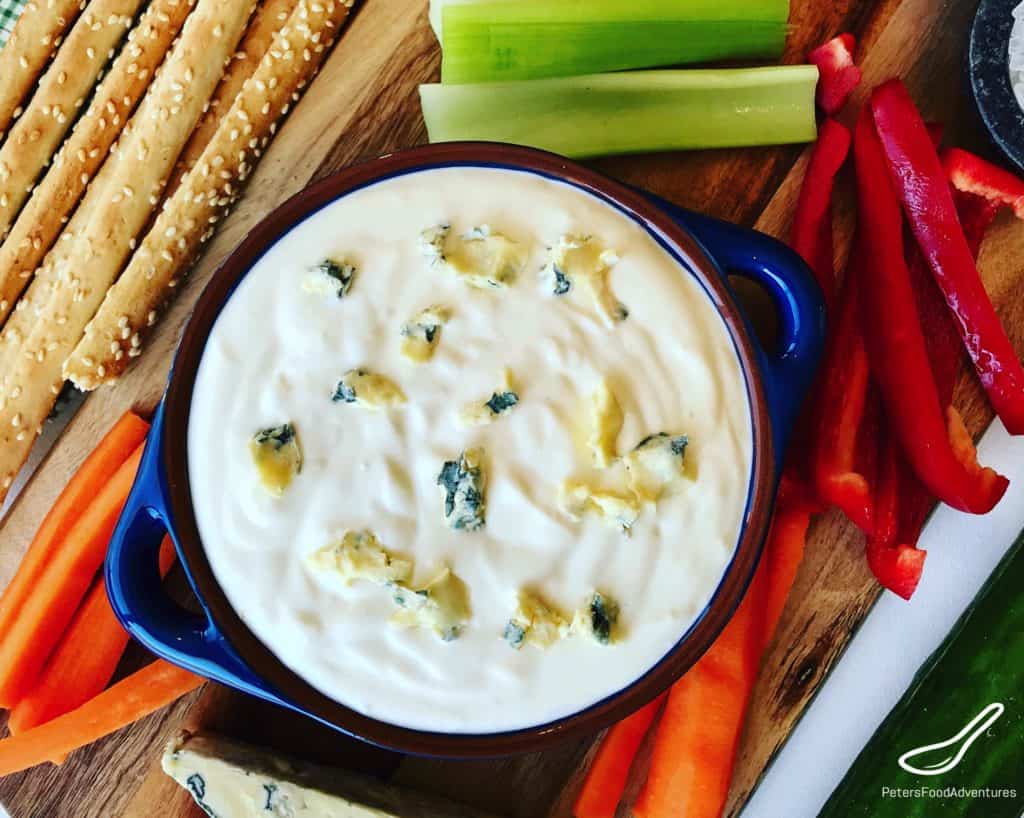 Homemade Blue Cheese Dip is so easy to make. The popularity of this recipe seems to increase during Super Bowl, as many people like to make this as a veggie dip or to slather their Buffalo Wings into this cooling Blue Cheese Dipping Sauce. I interchange this recipe with a Bacon Ranch Dip as well.

Don't let the name scare you, blue cheese is a sharp and salty cheese with a distinct strong aroma. You either love it or hate it, but you can develop your love for the flavor. It's thought that Blue Cheese was discovered by accident when cheese was left in a cave, forming mold. I'm not sure why they thought it would be a good idea to eat moldy cheese, but that's how Roquefort was discovered.

Are Blue Cheese and Gorgonzola the same?

There are many different types of Blue Cheeses which names are protected, depending on the region of Europe they came from. Gorgonzola is an Italian Blue Cheese, from Gorgonzola, Milan. Blue Stilton is from English origin. Danablu, known as Danish Blue is from Denmark. The most famous is Roquefort, which are cheese that are aged in caves in the south of France. Cabrales is a Spain's contribution to Blue Cheese. All other Blue Cheeses are simply known as Blue Cheese. It's kind of like Champagne is only from France.

Which Blue Cheese for Dip?

This depends on your personal choice. Some Blue Cheeses are stronger in flavor and crumblier, and others are milder and creamier. Roquefort and Blue Stilton are the strongest in flavor, and likely cost the most as well as they are imported. So I just use whatever Blue Cheese is on sale, and adjust more or less to the Blue Cheese Dip recipe as per my taste. I don't love strong Blue Cheese, so feel free to add more to the recipe! 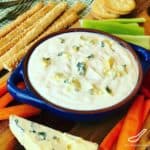 You can substitute Sour Cream with Greek Yogurt. If you don't want to add minced onions, add a sliced green onion stalk instead. 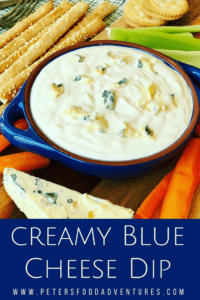