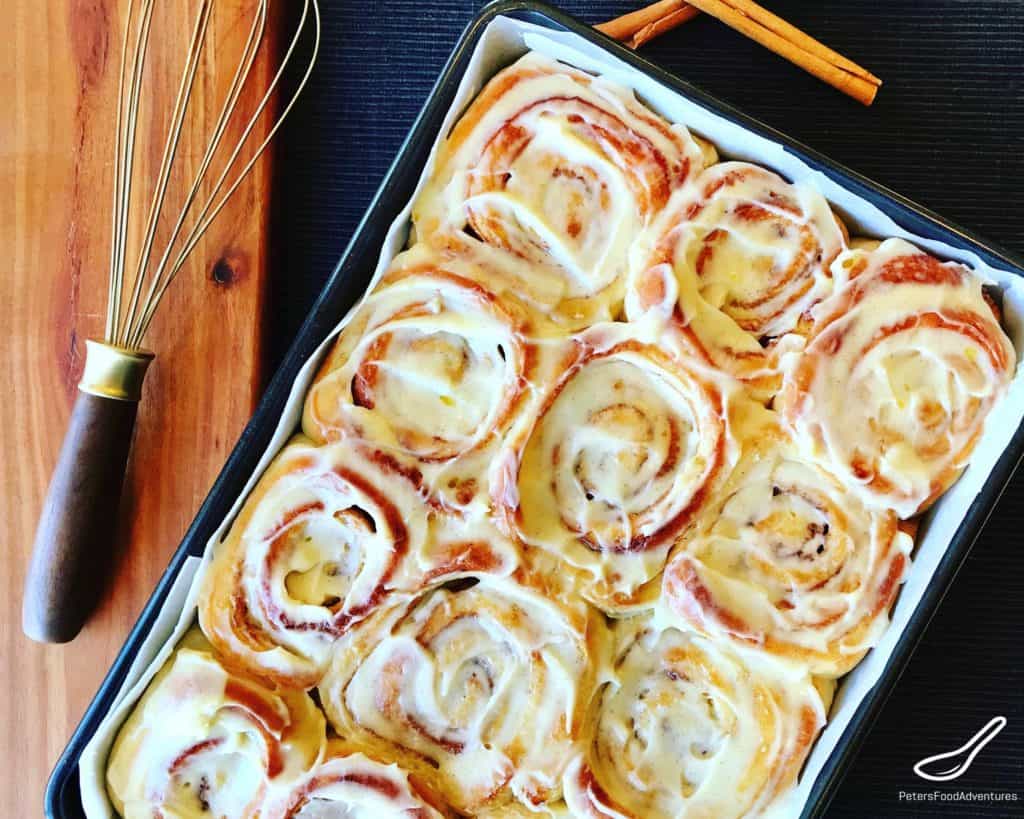 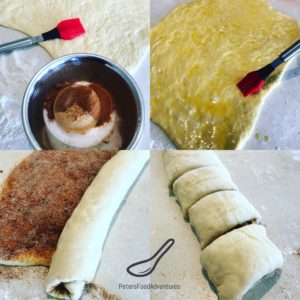 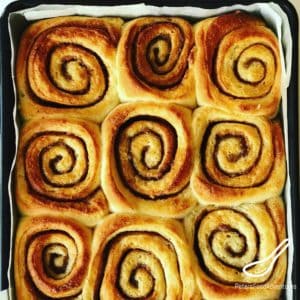 These Easy Bread Machine Cinnamon Rolls are perfectly soft and fluffy, generously slathered with a vanilla bean cream cheese frosting. I can't get enough of this recipe, reminds me of Cinnabon cinnamon rolls.

We don't have Cinnabon here in Australia, they probably make the tastiest cinnamon buns in the world! This recipe is my homage to Cinnabon, creating my Cinnabon copycat recipe, using a bread machine.

The easiest part of this easy cinnamon rolls recipe is making the yeast dough. Many people are scared to make yeast dough as it seems complicated, and needs time to rise. Don't be scared of yeast dough any more! Using a break machine's dough cycle makes it so easy. Just throw all the ingredients in, press the dough cycle and your yeast dough is ready in 90 minutes.

When the dough comes out of the bread maker, it will be sticky. Place it on a floured surface, just don't knead it to death, it needs to be fluffy but not sticky. Roll it out, slather in melted butter and cover with the cinnamon sugar mix. You can see my video below on how to make Sweet Yeast Dough from scratch if you don't have a bread maker.

Of course, you have to use cream cheese frosting for your homemade cinnamon rolls. This is not a recipe for you if you are on a diet! You need lots of cream cheese, butter, icing sugar and vanilla bean paste (or vanilla).

This frosting recipe makes a very generous serve of cream cheese. I hate going to Cinnabon, and they give you a small stingy portion of frosting, forcing you to pay for a bigger size. Maybe I just hate paying for things that don't cost much money to make, so I'm extra generous at home. 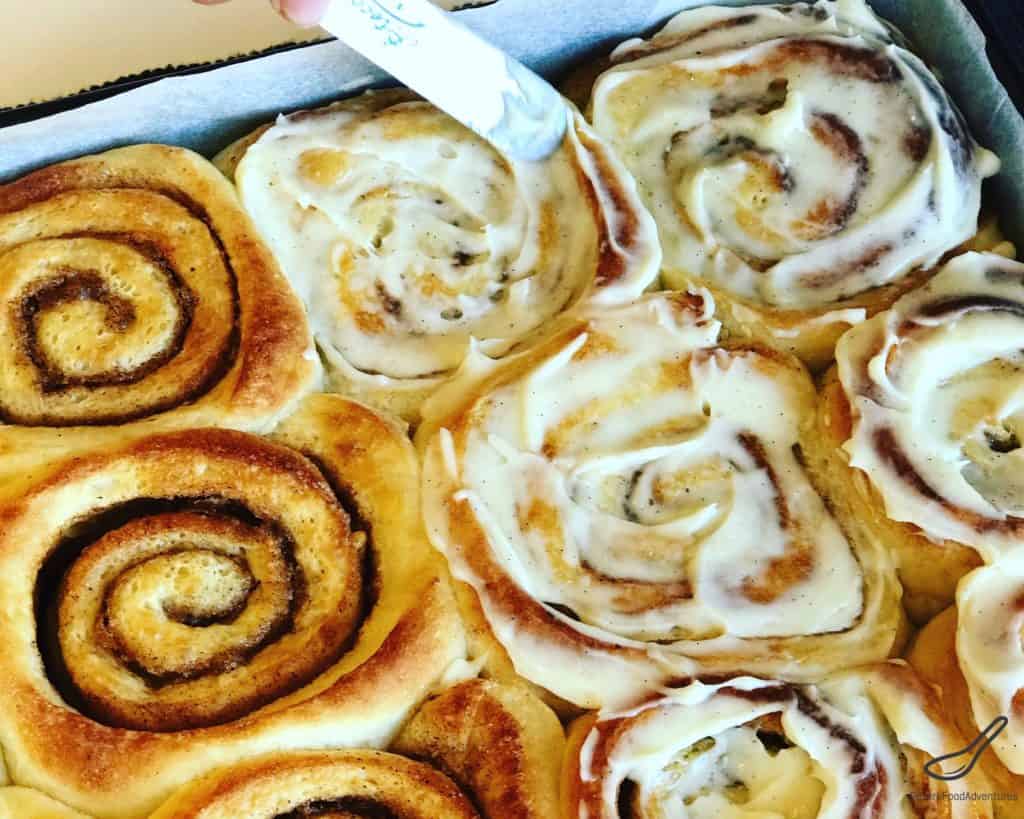 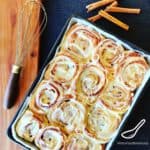 These easy Bread Machine Cinnamon Rolls are perfectly soft and fluffy, generously slathered with a vanilla bean cream cheese frosting. I can't get enough of this recipe, reminds me of Cinnabon cinnamon rolls.