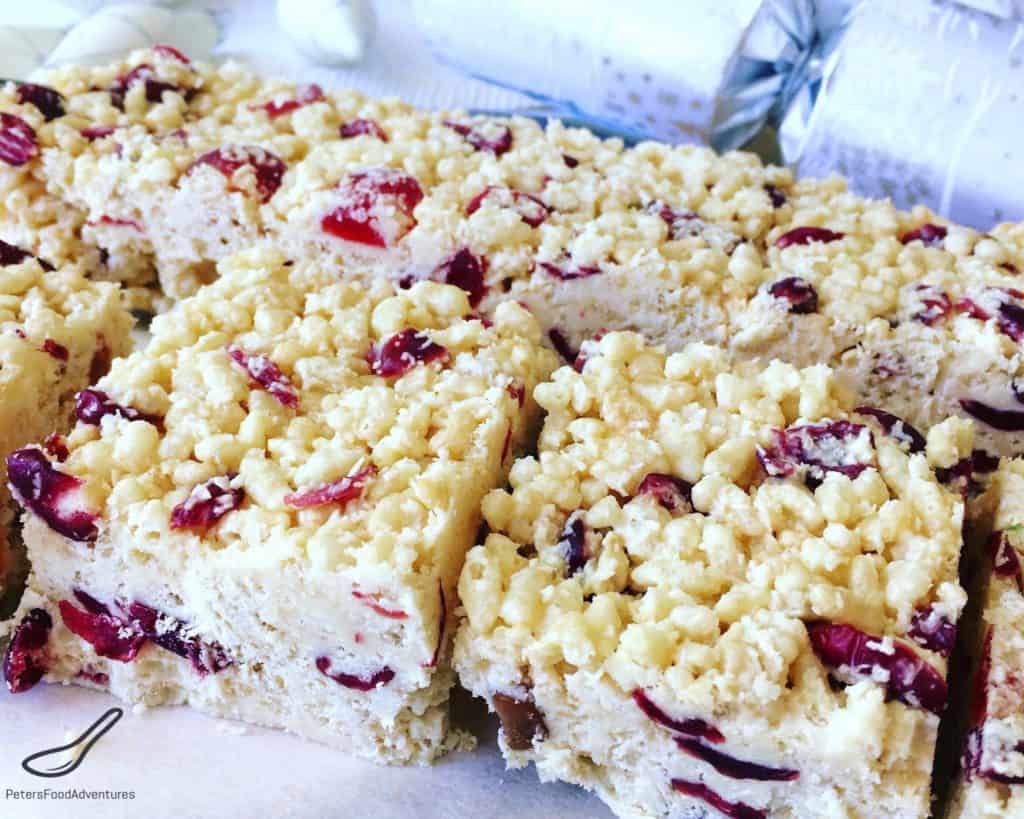 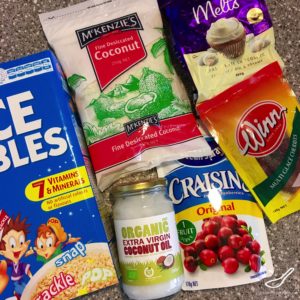 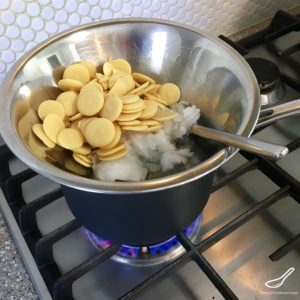 A White Christmas recipe is an Australian holiday classic. It's easy to make and a delicious kid's treat. It keeps really well, making it a tasty dessert to make in advance for when guest pop over. It's funny that Australians have a dessert called White Christmas, as there is no white Christmases here! I suppose you always want what you don't have!

Kellogg's does a great job in recipe development. Every country has their own Kellogg's recipe favourites (sometimes you don't even realize it).  Alongside this White Christmas Slice, you might recognize other Kellogg's favorites like Caramel Rice Krispies Squares, or Honey Joys made from Corn Flakes.

A few unique ingredients in a White Christmas recipe. Copha is a vegetable shortening, made from hydrogenated Coconut Oil. I have only seen Copha sold in Australia, maybe New Zealand too. Sometimes I use Organic Extra Virgin Coconut Oil from Aldi instead, as I try to stay away from hydrogenated foods. If you use Coconut Oil, the White Christmas Slice will need to be refrigerated until serving. If the temperature is near 24 °C (76 °F), it tends to fall apart.

When we lived in Canada, my wife used Crisco which worked really well as a Copha substitute. Crisco? Like the vegetable shortening? That's the one! The traditional Copha is basically Crisco that's made with Coconut Oil instead of Soybean and Palm oils.

I use mostly red Candied Cherries (Glace Cherries), but it can look more festive is you add more green Candied cherries. With the red of the dried cranberries and the green of the cherries, it will look quite festive. Green cherries kind of scare me because.... cherries aren't green! I wonder how much food coloring would need to be added to make them green. I know it's strange because there would be tons of food coloring in the red cherries too. Feel free to use whatever candied cherries you can find!

White Christmas recipe is incredibly easy to make, very festive in name and colorful for the Christmas holidays. This is our version of a White Christmas in hot sunny Australia. Bon Appetit! Приятного аппетита! 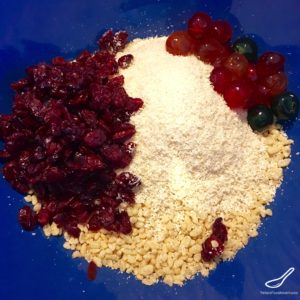 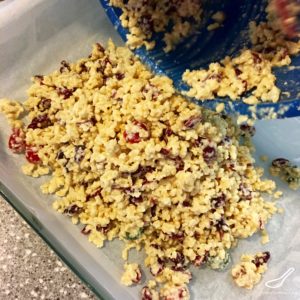 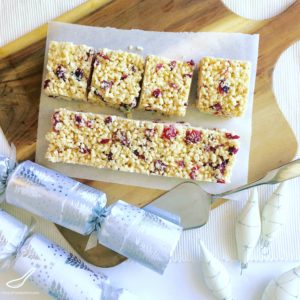 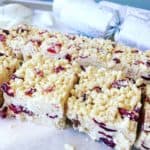 White Christmas recipe is an Australian favorite, easy to make, loved by kids and grown ups. Perfect for the holidays! Made with Crisco/Copha or coconut oil, dried cranberries, candied cherries, Rice Krispies and white chocolate. 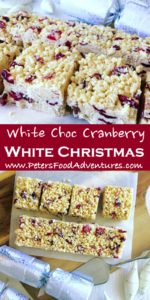 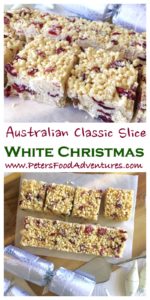 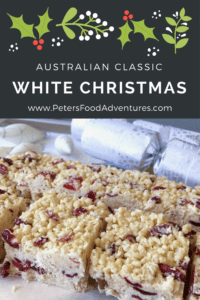