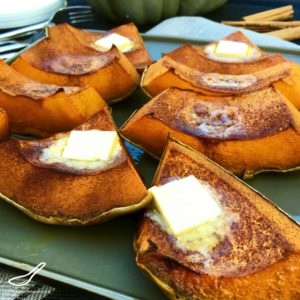 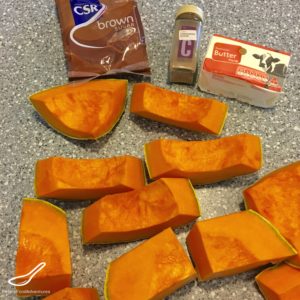 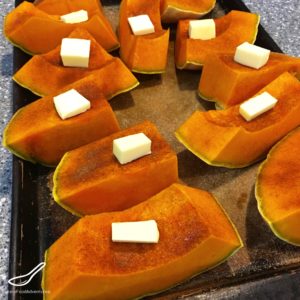 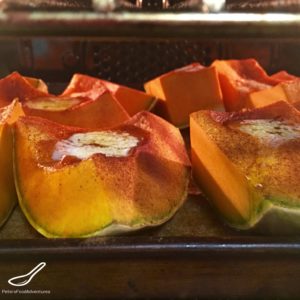 This Sweet Cinnamon Roasted Pumpkin Recipe (тыква запеченная с корицей) is an simple, rustic dessert, one I remember my mum making. It's something we enjoyed every fall during the garden harvest.

We grew up with a very large garden, several actually, on the same property, which provided more than enough home grown, organic fruits and vegetables. We planted in the spring, after the snow melted, and in the autumn, we would harvest the last of the vegetables and pumpkins before the first snow falls. This would always happen before Canadian Thanksgiving. Which is where this Sweet Cinnamon Roasted Pumpkin recipe comes in.

Thanksgiving always reminds me of Pumpkin Pie, but we never made pumpkin pie as a child, it wasn't Russian enough and too foreign! Times have changed now, but we used to eat Sweet Cinnamon Roasted Pumpkin instead. But I love pumpkin pie, and as a kid, this felt like I was eating that Thanksgiving staple.

It's a very rustic and easy pumpkin recipe. Basically it's roasted pumpkin wedges, with some cinnamon sugar. Cinnamon Sugar is always in my pantry, but you could also use Pumpkin Pie Spice with sugar for a richer pumpkin pie flavor. I'm assuming you're going to buy a whole pumpkin that needs to be cut and cleaned. Save the pumpkin seeds to make Roasted Pumpkin seeds.

Roast Pumpkin often is made as a savory side dish ( like Pumpkin Soup which I love), but I also love this easy, throw it together rustic dessert. Cinnamon, brown sugar, pumpkin are all basics of pumpkin pie, but without all the work. This Sweet Cinnamon Roasted Pumpkin recipe is so easy, you almost can't call it a dessert. Bon Appetit! Приятного аппетита! 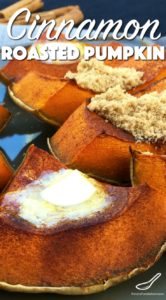 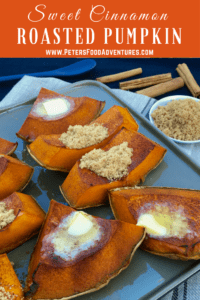 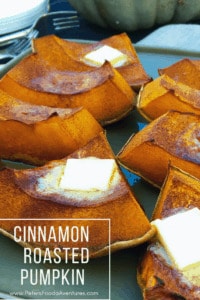