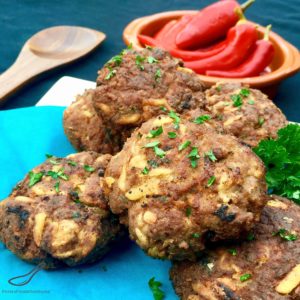 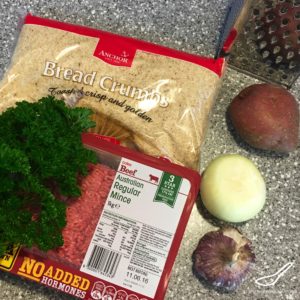 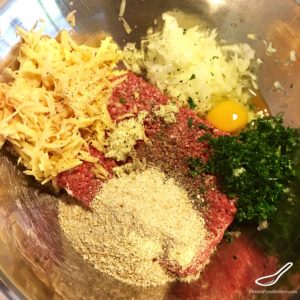 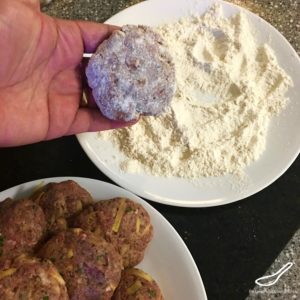 Every Russian family eats Kotleti Meat Patties (Котлеты), which are everyone's childhood favorite. I always remember my mum making this recipe, which was a great after school snack. They are like a cross between meatballs, hamburgers and rissoles.

By definition, Kotleti Meat Patties are described as pan-fried minced meat croquettes.  The meat is formed into oval or round patties, and are usually coated in flour or breadcrumbs before frying. Traditionally a few pieces of stale, dry bread pieces, called soohari, are soaked in milk and mixed into the ground beef. Soohari is a fancy name for old bread (or oven dried), and if you have it,  use them for kotleti. Otherwise breadcrumbs work great.

Potato isn't always added to kotleti, but I find it makes them juicy, which is the secret ingredient. Without potato, sometimes kotleti can be like hockey pucks. Well that might be a bit dramatic, but the potato definitely adds juiciness and makes them less dense. You can skip the potato if you prefer.

These Meat Patties can be made with any ground meat, and not only beef. Chicken and pork are quite common, and being an Aussie, I made a different version of with Kangaroo Rissoles. Kotleti are commonly served with a podlivka (which is a Russian gravy) and usually a starch, like mashed potatoes or a pasta. My mum always made these Kotleti with a Podlivka Gravy over Pasta Spirals, which is like a comfort food to me now.

So many ways to eat these Russian Meatball Patties! They're are great as a snack, an entree, with podliva gravy, or even in a burger. Bon Appetit! Приятного аппетита! 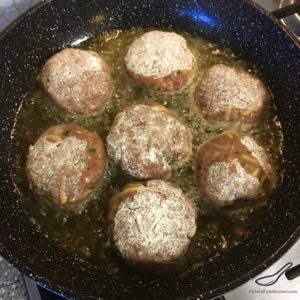 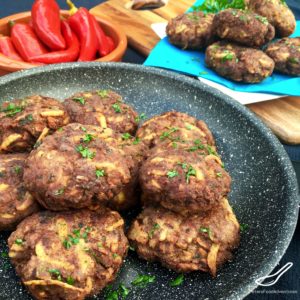 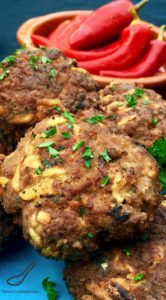 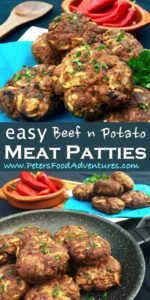 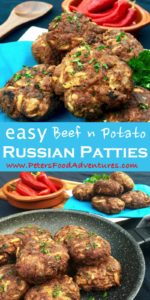 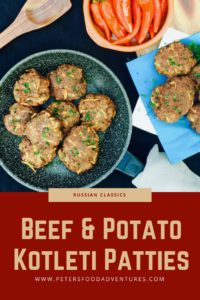