There are many variations of Sharlotka Apple Cake out there. It's a basic apple cake made with simple ingredients. Some recipes only contain only 4 ingredients! This is not like my American Apple Pie, which is worth checking out, but it's definitely an Apple cake.

Sharlotka was created by a French chef Marie Antoine Careme. It was made in honor of the wife of Tsar Alexander I of Russia. Early names for the recipe was Charlotte a la Parisienne, and then became known as Charlotte Russe.  There are many different versions of this recipe, some using lady fingers, others crushed cookies. It has evolved to a simpler cake recipe with ingredients that everyone has in their pantry.  In Poland, this recipe is known as Szarlotka.

This is my wife Rita's Sharlotka recipe, and I'm grateful she shared the recipe and baked it all for me. Apples and cinnamon are an amazing combination together, one that must not be tinkered with, even in the simplest of cakes. The apples aren't coated in cinnamon and sugar like they are in a pie, but are delicately sprinkled on top of the cake just before serving. The flavours aren't overpowered, but are separate and complement each other.

I remember my grandmother baking Sharlotka cake. Her recipe didn't use cinnamon sugar, but was served plainly without sugared topping. It's now commonly served with sprinkled icing sugar which looks a bit fancy. However, this cinnamon sugar recipe is my all time favorite. 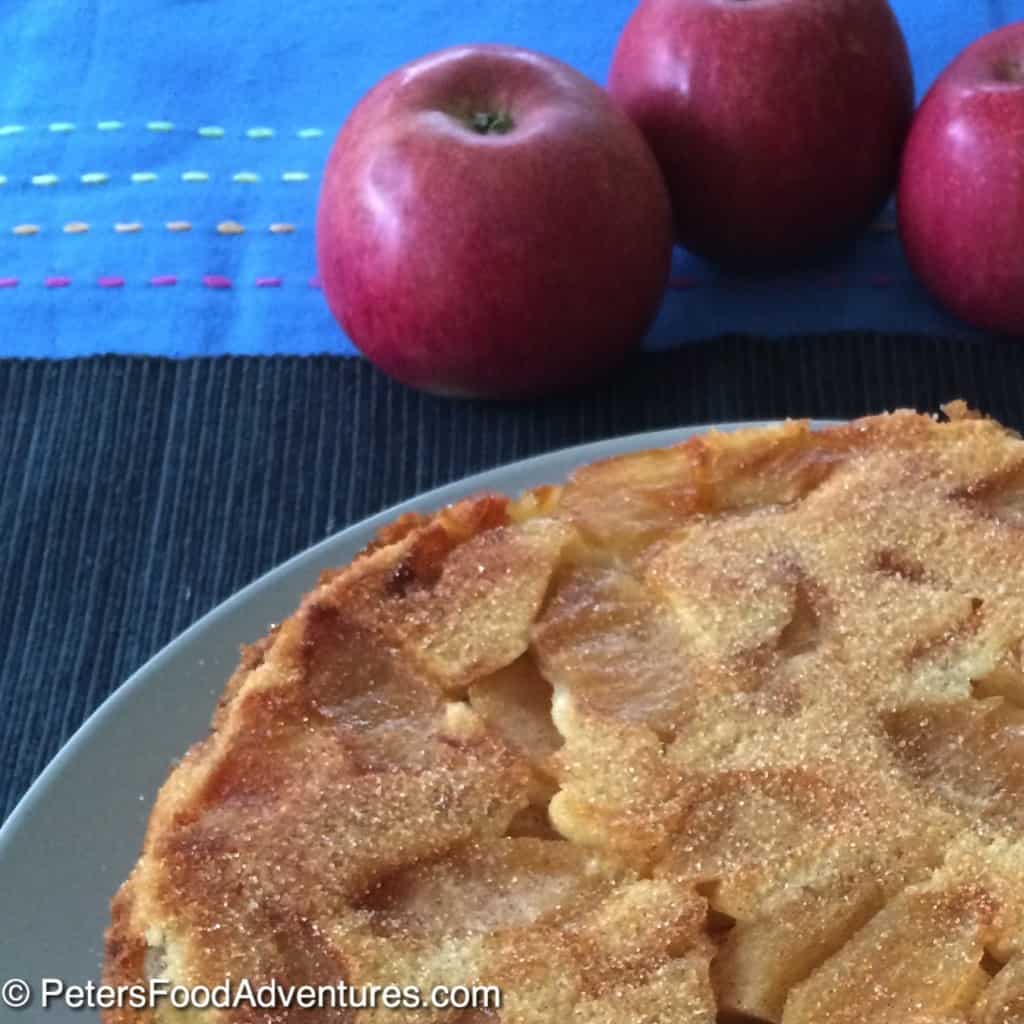 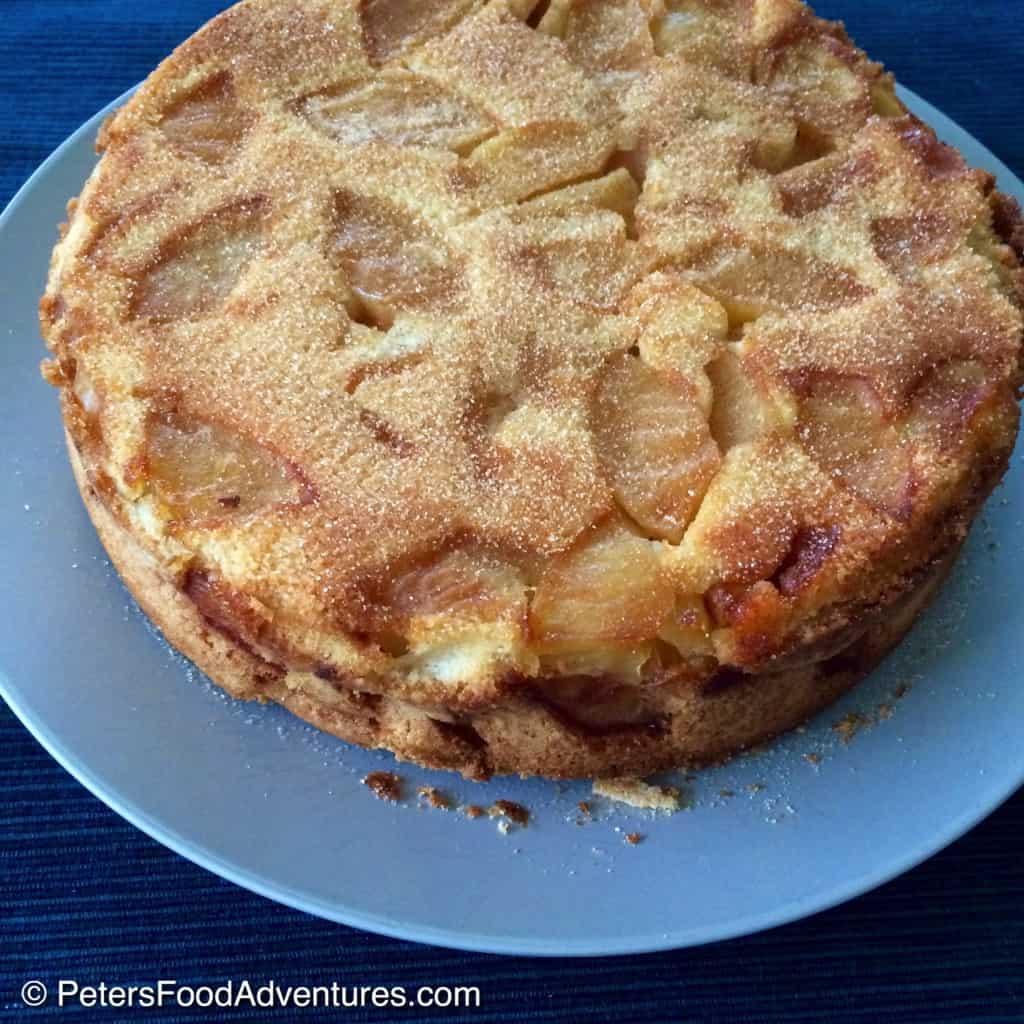 How to make Sharlotka

There's a delicate balance of not adding too many apples otherwise the cake will fall apart. Too few apples, and it's just a glorified sponge cake. That being said, this is an apple cake, so we use 5 apples. It seems like a lot of apples, but they do shrink as they cook down, making just the right amount.   This recipe is like an Upside Down Apple Cake. The thinly sliced apples go into the spring form pan first, and the batter poured over top. As it cooks, the cake batter covers the apples all the way down the bottom. When it's cooked and you flip it over, it's perfection.

This version of Sharlotka Apple Cake requires a bit longer cooking time due to the apple-batter ratio, but it's still a simple, quick and delicious cake to whip up at a moment's notice. My wife has been baking Sharlotka Apple Cake for years and it's become a family favorite. Simple food done well, is perfection. Bon Appetit! Приятного аппетита 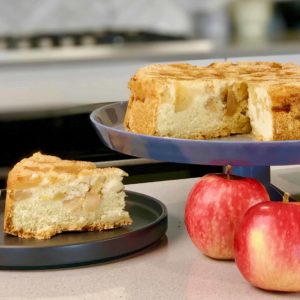 PetersFoodAdventures
This is the best Russian Apple Cake recipe. It's light, fluffy, moist and delicious and made with only 5 ingredients. Not an apple pie, but an Apple cake sprinkled with cinnamon sugar. This is my wife Rita's Apple Sharlotka Cake (Шарлотка), it's like an Upside Down Apple Cake.
4.91 from 11 votes
Pin Recipe Print Recipe Save Recipe Saved!
Prep Time 15 mins
Cook Time 50 mins
Total Time 1 hr 15 mins
Course Dessert
Cuisine Russian, Slavic
Servings 8 people